Choosing a Theme for Your Novel*

Theme is one area where Dramatica theory excels. Dramatica may say little about setting (see Choosing A Setting ), but it has more to say about this topic than any other theory, theorist, or novel writer I've ever come across.

Theme is such a big topic because it describes several different structural elements in fiction. Here, we're going to discuss the most important element, the one which has the biggest impact on readers, because it goes right to the heart of why we write and tell stories.

All of us want to make good decisions in life. We want to learn how to reach our goals and do the best or the right things for ourselves, our friends, our family, or our community. The way we instinctively learn is by listening to or reading other people's stories.

For thousands of years, upper class children (often the only ones to get an education) have been taught history – stories of past leaders – so they could learn from the triumphs and failures of their predecessors. Similarly, religious leaders have always known that the best way to pass on wisdom is through stories – whether historical, mythological, or allegorical. Reading and reflecting on novels, in which fictional characters try to cope with challenges, helps us understand and cope with challenges in our own lives.

So theme essentially concerns the lessons, the wisdom, the morale contained within a story.

However, theme cannot be excluded. Every writer has interests, opinions, biases, and attitudes. Some are conscious; some are unconscious. Some you gain from experience and honest reflection, while others you pick up uncritically from others. You cannot avoid your personal “wisdom” creeping into what you write, creating patterns that can be identified as “themes.”

If you don't pay some attention to theme, you could get some unintended results. For example...

On the other hand, you may be the kind of writer who comes to a new project with a specific thematic issue you want to explore. You may have some wisdom you want to share with your readers. If so, you want to make sure your novel expresses what you want it to express.

Most importantly, a solid thematic structure can be a major organizing force in a novel that renders it meaningful, thought-provoking, and emotionally impactful. A well-expressed theme can be as valuable to your novel as character and plot.

Theme at Its Simplest: The Premise 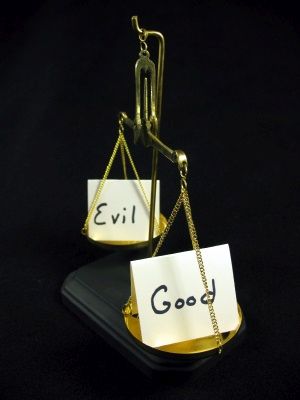 One of the major contributors to the topic of theme was Lajos Egri, who wrote The Art of Dramatic Writing. Egri advised writers to work from a premise, which is essentially an overriding thematic message which the story will convey. It is a judgment that a certain attitude, quality, or belief will achieve certain results – an axiom which the reader could take from the story and apply to real life decisions.

For instance, you might begin your novel writing process by choosing a premise such as, “Pride goeth before a fall,” or “Love conquers all.” From such assertions, you would derive ideas for ...

With a premise of “Pride goeth before a fall,” you might create a main character who develops excessive pride which puts her into conflict with those around her and ultimately leads to her downfall (or the frustration of her goal). Or, if you chose “Love conquers all,” you might create a story about someone who faces terrible hardships or problems which he overcomes through love.

If you already have a novel you're working on, you may find it helpful at some point in your planning/revising to ask yourself what premise you want your novel to prove. What thematic message do you want it to deliver? What values does your main character hold that prove to be either helpful or unhelpful in achieving his goal?

Once you have determined your premise, see if the events in the story you are working on actually support it. If you haven't illustrated your theme in a way that satisfies you, consider revising.

Of course, one risk of basing your novel on a thematic premise is that it can lead to a trite or “message-y” story which is too obvious in its attempt to convey a moral lesson.

If you've ever been a parent, you know that the most “message-y” books written are children's books. Not the classics or the best sellers so much, but the mass-produced, 2nd tier variety. Consider, for instance, how message-based the Berenstein Bears series is compared to Beatrice Potter's books. Or how non-message-y A. A. Milne's original Winnie the Pooh books are compared to the many sequels churned out by Disney.

(The sheer number of low-quality, message-based children's books in print shows that many parents are more concerned with exposing their children to “good messages” than good literature, which may be one reason so many children get turned off of reading as they get older, just as adults learn to ignore advertising. But I digress.)

Dramatica theory makes an important contribution by recognizing that you express your theme more powerfully when you look at it from many angles.

For instance, imagine you are a primitive cavedweller listening to your friend's account of how he single-handedly saved your tribe from an attack by a neighbouring tribe. Obviously, your friend has an agenda. He wants to extol the virtues he believes he possesses – strength, courage, cunning, etc. He wants you to agree with him, possibly so that you will help him become chief, and also so that other tribe members will copy these virtues and teach them to their children. Your friend feels this will give your tribe a long-term survival advantage.

However, as you're listening to the story, all kinds of questions may pop into your head. You can see that your friend triumphed partly through luck rather than skill. You note that one of the “enemies” he killed was the husband of your favorite cousin, who married into that tribe a few years ago. Also, the fight took place on a day when most of the other tribe's men were off on a hunting trip. “Will they want revenge when they return?” you ask yourself. And who really started the fight? Perhaps the whole conflict could have been avoided if your friend hadn't provoked the attack by hogging all the best fishing spots. Maybe negotiating would have worked better than fighting.

Readers know they cannot trust a storyteller absolutely. We all learn to read between the lines. And when we're handed a one-sided argument, we tend to dismiss it as biased.

On the other hand, when we read a novel that explores many different sides of an issue honestly and answers our questions, its thematic message seems far more trustworthy.

The first step towards making your theme more effective is to see it as a tension between two opposing values, which Dramatica calls the issue and its counterpoint.

Assuming you chose the theme of “caring for others vs. self-interest, your novel might include ...

Incidents where caring for others leads to a good outcome.

Incidents where caring for others leads to a bad outcome.

Incidents where pursuing self-interest is beneficial.

Notice that the issue and counterpoint may never be presented in the same incident. (Although you can occasionally have them directly in conflict in a scene, if you don't mind “tipping your hat.”) For the most part, this method invites the reader to weigh up the evidence presented and infer which of the two approaches is really of more value.

Note too that the thematic incidents may involve any characters in your novel. This gives you a lot of room to explore the relative merits of “caring for others” or self-interest from different points of view and in different situations.

Naturally, as the novel writer, you are free to stack the evidence however you like. In some incidents, it may be ambiguous which approach is more valuable. Others may show a small advantage to one approach. And some incidents can show one approach being very advantageous. It's as though, throughout the course of the novel, evidence related to the theme mounts up on one side of the scale or the other. Only at the end can the reader see which approach carries more weight.

If you are writing literary fiction, or any novel where you want your theme to reflect the ambiguity of life, you may want the scales to be nearly balanced at the end. Maybe love conquers all...but perhaps it also exacts a terrible cost. Maybe pride creates enemies...but perhaps it also gives people the courage to pursue their dreams. Maybe there is no course of action that is right in all circumstances.

Take, for example, the novel, A Clockwork Orange, by Anthony Burgess. The main character in this book, Alex, is a young man whose proclivity for rape and violence make him a serious threat to society. When he is finally jailed for murder, he volunteers to undergo a psychological conditioning method that makes it impossible for him to continue his former ways. This gets him paroled sooner, but at a terrible cost. Not only is he rendered defenseless (so all his enemies get revenge on him), but the conditioning also deprives him of his one redeeming personality trait – his love of classical music – which symbolizes his spiritual side.

We can describe the book's theme as “individual freedom vs. societal control.” Freedom appears to be a good thing when it allows Alex to defend himself, or to foster his unique love of music. But it's a bad thing when he commits violence on others. On the other hand, when the government controls Alex's behaviour (via the conditioning), it is good, in that it protects others. But it also is bad, in that it destroys his self-determination and his ability to appreciate music – in essence it takes away his soul.

By exploring freedom vs. control in a balanced, ambiguous way, the novel invites readers to make up their own minds which principle is better.

(Curiously, the American version of the novel ends at a point in the story where where Alex has been freed from both prison and the psychological conditioning, and is contemplating a return to his violent life. Thus, it gives individuality the last word. The original, British version of the novel contains an additional chapter in which Alex contemplates a new life as a productive family man, and worries if his children will be as prone to criminality as he was. Thus, that version gives society the last word.)

On the other hand, maybe you aren't so concerned with writing a novel that makes people think. Maybe you just want to entertain, and a simple theme such as “good versus evil” will suffice. At the very least you want your reader to know what sets the good guys apart from the villains. (For instance, “evil” in such stories usually means a willingness to inflict suffering on others, particularly in pursuit of personal gain. Conversely, “good” means preventing the suffering of the innocent, despite personal cost.)

Assuming you want the reader to see that “good” is the best choice, and have it triumph in the end, you will provide incidents along the way that show “good is better.” However, your message will be stronger still if you include incidents in which “evil” seems to be more effective, if only in small, limited ways. Making your hero less than perfect and your villain a little sympathetic can also add realism to the story. If your novel includes a little of both points of view, the reader will see your message as more objectively true.

Do you have a question about theme or any other aspects of novel writing? If so, visit our Questions About Novel Writing page to get the answers you need.