Plotters vs. Pantsers:
How To Make Sure Writers Block Doesn't Kill Your Dream 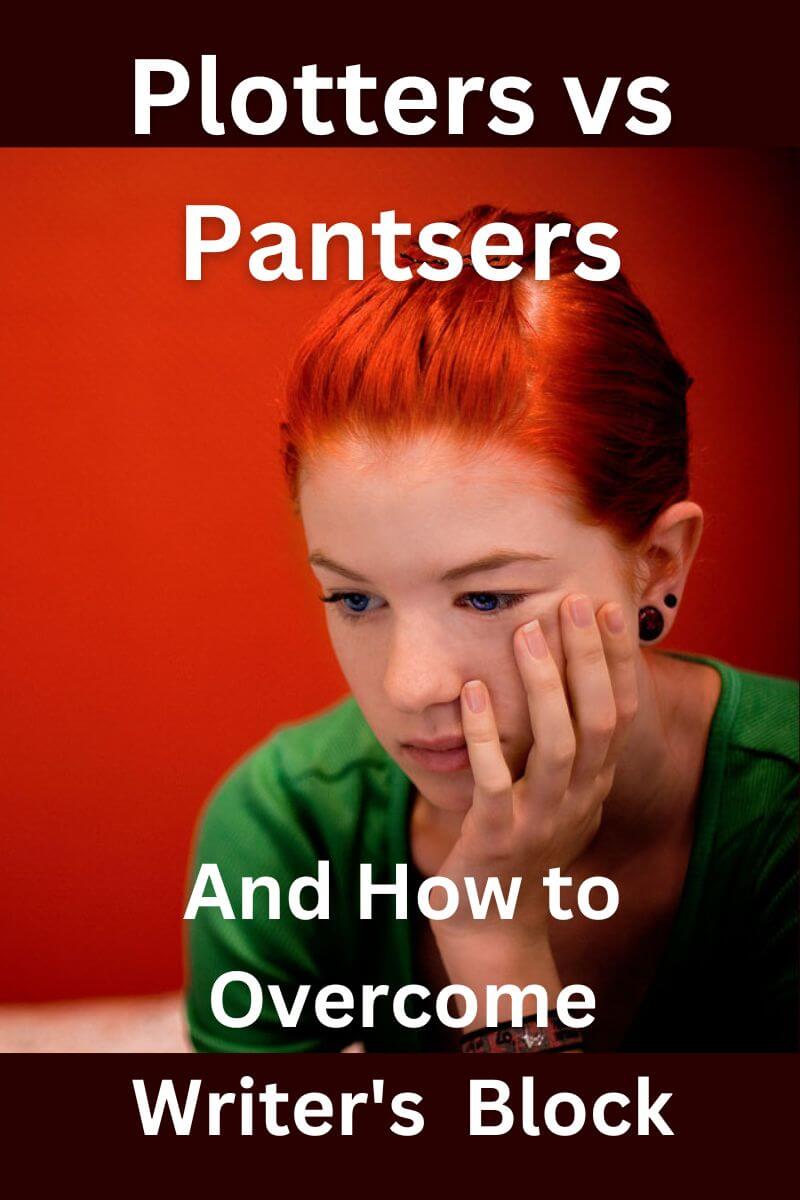 Writers block can strike both beginning and experienced writers, and for different reasons. I suspect beginning writers are more prone to it than average. It's one reason why most people who deeply want to write their first novel never do.

Of course, some forms of writers block can be prevented by avoiding two common mistakes made by beginning writers.

Novel writers fall into two basic camps. On the one hand, plotters are those writers who like to plan their novels from beginning to end before they start writing. Pantsers (or pantsters), on the other hand, simply sit down and start writing, trusting that they will figure everything out as they go along. (The name comes from the fact that they write by the seat of their pants.) Both approaches have their advantages at certain times, but both can fall prey to different forms of writer’s block, which can prevent them from finishing their novel.

Fortunately, whether you are a plotter or a pantser, you can avoid this problem by knowing when to adopt a little bit of the opposite approach.

When Pantsing Leads to Writers Block

For many new writers, the novelling effort goes something like this...

One day, a fantastic story ideal pops into your head. The idea is so strong and stirs such a passion in you that you know you simply must turn it into a novel. So, you set aside some time, plonk yourself in front of the keyboard, and start typing feverishly.

You pour your passion into the first chapter, and it feels great. You just know this book will be a winner.

The second chapter goes not quite so swimmingly. Your passion wanes a little. You're not entirely certain which direction you should take your characters next. Nonetheless, you keep hitting those keys, letting the writing take you where it will.

By the middle of Chapter 3, you suddenly realize you haven't got the faintest idea where your novel is going. Instead of a riveting emotional rollercoaster, your story seems to be meandering aimlessly. You have no idea why your characters are doing what they are doing, and you're not sure you care about them any more. In addition, what little plot is unfolding seems to have no connection to your original idea. You realize you're completely lost.

Welcome to a common form of writers block.

Now, if you are really and truly a pantser, you might simply scrap your original idea and plunge ahead, following your feelings and instincts, until the story starts to make sense again. Maybe the novel that emerges will bear no resemblance to your original idea. But as long as it’s a great story, who cares? The destination you had in mind when you started is not important. For you, the real destination should arise out of the journey.

Of course, it may be that you aren’t really a pantser after all. Maybe, at heart, you would be more comfortable as a plotter or semi-plotter. Maybe you’re trying to be a pantser because you thought that’s what novel writers did, but it’s not working for you.

It could also be that the destination you had in mind when you started – your original idea for your novel – really does matter to you, and for good reason. It may have been a great idea that deserves to be expressed in written form. Your mistake was that you just didn't plan your novel properly before you started writing.

Most writers can only hold one, complete, emotionally powerful idea in their head at a time. Your initial idea may have been very detailed, but only big enough for one event or one scene. In that case, you need to spend time developing the rest of the story before you start writing. Or perhaps your idea was big enough for a sweeping epic. But if so, chances are that the details, the small stepping-stone events that get you from chapter to chapter were not perfectly clear.

Either way, you can avoid writers block by taking some time to flesh out the idea you’re in love with before you start writing. A good plan or outline gives you a roadmap to follow as you write. It will guarantee ahead of time that the story you write will be the one you wanted to write. You won't hit a dead end because you will always know what’s coming next.

You will find many links to articles and resources to help you plan your novel and avoid writers block on the How to Write a Novel page. Working with them will help you avoid this form of writers block.

On the other hand, maybe you are a true pantser and you manage to bang away at the keys day after day, following your muse with no forethought, until you have a finished novel. It goes without saying, however, that your first draft will be far from perfect. You may have a lot of material that needs to be pruned, shaped, and augmented in order to turn that rough manuscript into a tight, well-structured, and emotionally compelling story.

Again, the articles on the How to Write a Novel page will help you. 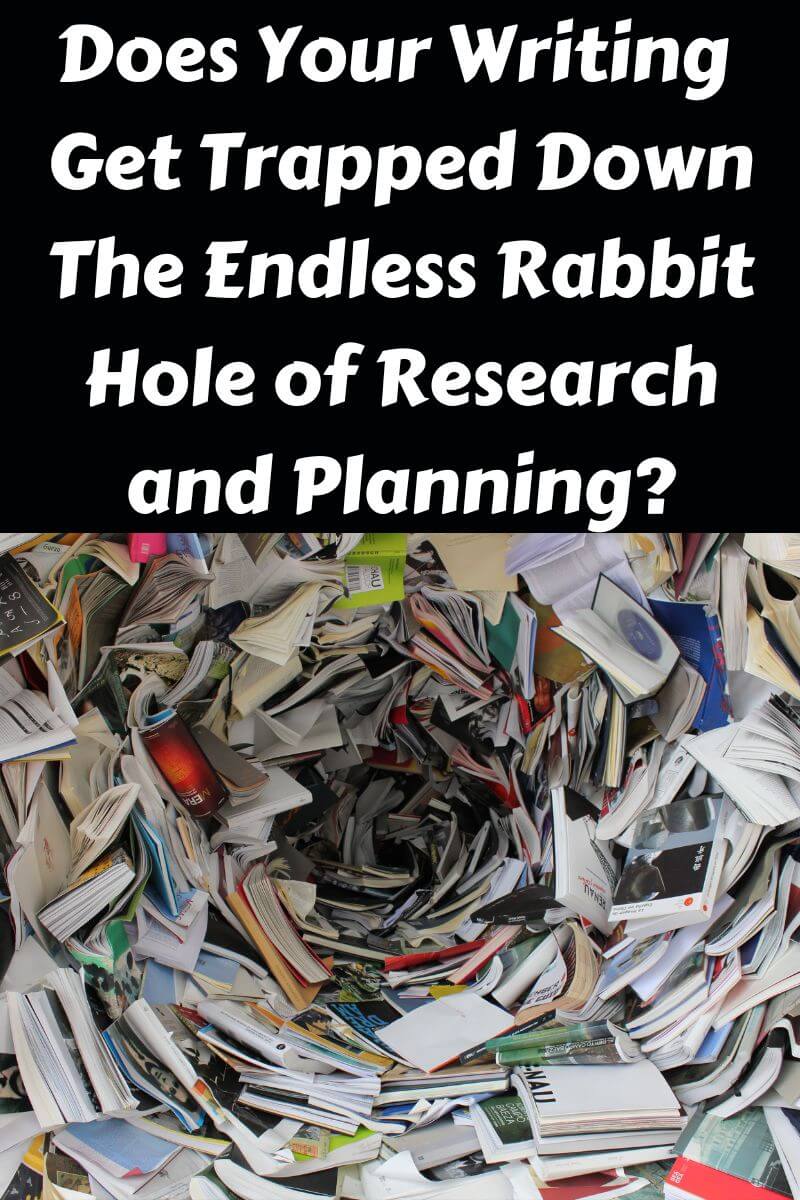 Of course, some beginning novel writers suffer from the opposite problem. They take a plotter’s approach, planning every detail of their intended novel, only to find themselves drowning in a sea of overplanning. Because their outline is never finished, they can never start writing. This is a second form of writers block.

Would-be fantasy writers, in particular, are famous for spending endless months, or even years, designing fictional worlds complete with languages, history, and cultures – most of which will only be useful if you end up writing a 10 book series anyway.

Now, don’t get me wrong. The world your novel takes place in should be rich and detailed. But when world-building to becomes an end in itself, or an excuse for putting off writing your novel, then you need to recognize it as another type of writers block. Besides, what if the first novel in your series never gets published? That’s a lot of manhours down the drain.

Of course, it’s not just fantasy writers who fall victim to overplanning. It is quite easy for any writer to get so bogged down planning character histories, detailed plot twists, imagery, and other elements of a novel that years go by before a single chapter gets written.

It happened to me with the first idea I had for a novel. I spent three years thinking about how I wanted to write it. I crafted and recrafted the plot, the thematic structure, and the characters. I learned more about the theory of writing than most writers ever need to. The problem was that I was in serious danger of letting this form of writers block stop me from ever getting past the first chapter. I was at risk of becoming like the character in this quotation …

“I have spent my days stringing and unstringing my instrument while the song I came to sing remains unsung.” – Rabindranath Tagore

Fortunately, I learned about the National Novel Writing Month (NaNoWriMo) , a contest in which writers try to write 50,000 words of a novel in 30 days. Entering it was the best thing I ever did. The challenge of having to write my novel quickly meant that I finally had to stop worrying about making a perfect plan. I had to give myself permission to write a lousy first draft. It didn’t matter, because NaNoWriMo is all about quantity, not quality, and no one reads your manuscript except you.

The result was that I had a complete first draft by the end of the month that I could then revise into a decent second draft. I had passed a major hurdle.

If you have a stack of papers and notebooks on your desk filled with detailed plans for your first novel that you started several years ago, and still no finished manuscript, perhaps it’s time you took a page out of the pantser’s playbook. Participate in this year’s NaNoWriMo. It's a great cure for writers block. In fact, many budding novelists participate each year for this very reason. Alternatively, you could design your own plan to write your novel within a short, definite time-frame. The advantage of the contest is that you gain the support and comeraderie of other writers, as well as an externally imposed deadline which you can't renegotiate.

The key is to that you need to balance plotting and pantsing. Plan your novel thoroughly, but don’t let planning become an end in itself. Write spontaneously, but know where you’re going. Avoid writers block by switching strategies when needed.

Do you have a question about writers block or any other aspect of novel writing? If so, visit our Questions About Novel Writing page to get the answers you need.

Click here for a great way to relieve STRESS, another common cause of Writers Block