How to Write a Play: Some Tips

If you want to write a play, Dramatica theory can help you overcome one of the most common problems new playwrights face.

I was speaking recently with Charles Robertson, a playwright and artistic director of Bottletree Productions in Kingston, Ontario. Every year, Bottletree holds a playwriting competition, which Charles and his associates judge. (You can find out how to enter this writing contest by clicking here.) The contest is open only to plays that have not been produced professionally (that is, with actors hired under an Actor's Equity union contract). Many of the contestants are therefore young writers or people who are just learning how to write a play. 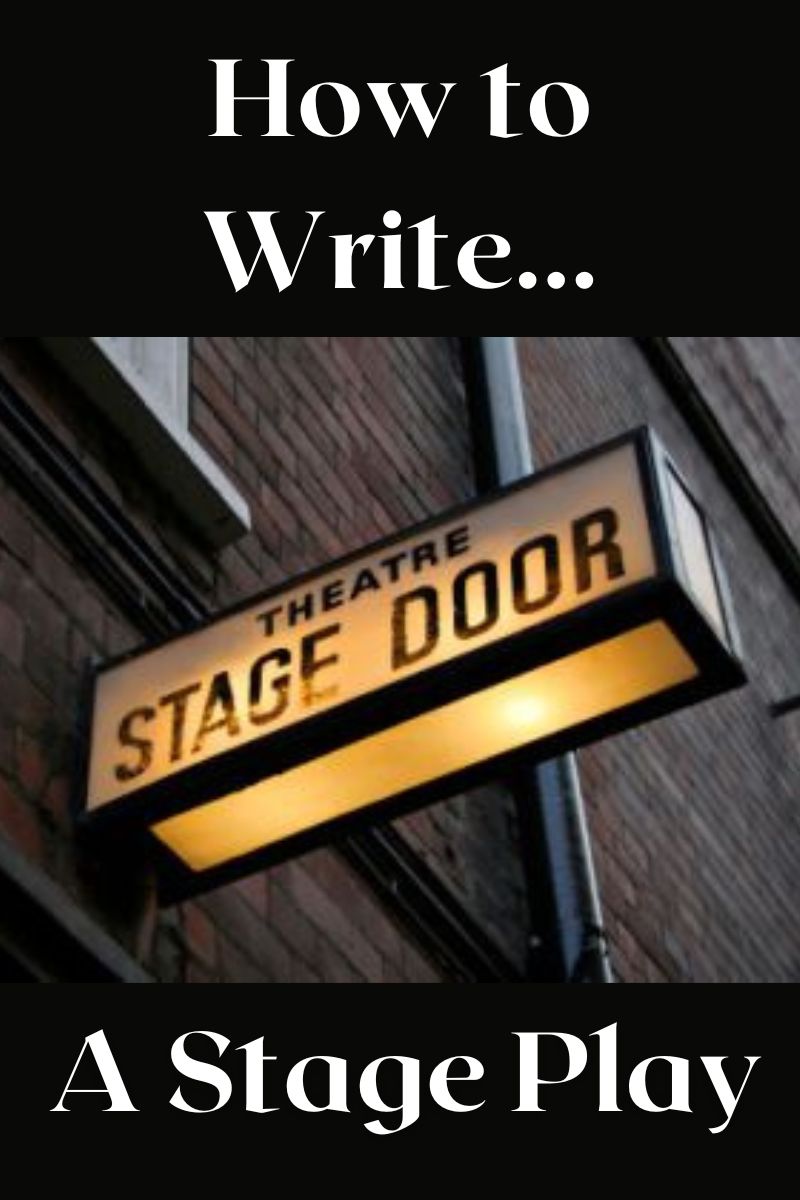 Charles told me that the biggest problem he sees with new playscripts is the lack of a cohesive plot – or indeed any semblance of a plot at all.

In case you're wondering how a person can write a play of 50-100 pages without the benefit of a plot, let's remember that plays are primarily composed of dialogue. Many people it seems can easily write page after page of people talking. But when it comes to a plot with a proper beginning, middle, and resolution, they are stymied.

Our conversation reminded me of a study conducted nearly two decades ago by Larry O'Farrell, one of my former drama education professors. Larry had sent out a survey to a large number of professional Canadian playwrights, asking them what procedure they generally use to write a play. (Teaching playwriting was part of the high school drama curriculum in Ontario at the time.)

What he learned was that roughly 20% of playwrights begin by inventing a cast of characters. They then experiment with putting those characters into situations and envisioning how they would interact with each other at different points in their lives. Eventually, they find a plot emerges out of these interactions. This strikes me as similar to the Pantster approach of novel writing (with perhaps a little more planning).

However, Larry discovered that 80% of professional playwrights will create an outline before they write a play. Some outlines may be only a paragraph long. Others may be ten pages or more. But the point is that the majority of successful playwrights find that creating some sort of plot outline is an essential first step.

As someone with a fondness for structure, this makes perfect sense to me. It's much easier to write a scene – whether for a novel or a script – if you know how it will fit into your overall story arc. Without an outline, there is a danger your dialogue could head off into totally unproductive directions. (Yes, sometimes meandering can lead to valuable discoveries, but it can also take you into a lot of dead ends.)

Of course, there are always exceptions. George Bernard Shaw, for example, claimed he never knew how one of his plays would end in advance. If you read his works, you'll see he kept his plots together by structuring them like debates – with arguments and counterarguments evolving in a dialectical process until they reach a conclusion. Watching a Shaw play, is like watching Shaw's process of deciding what he thinks about a topic.

Some tips on how to write a play

For most of us, it is better to decide what we want to say before we start to say it. If you want to write a play, I suggest you start with the article, Create a Plot Outline in 8 Easy Steps. It will help you write a one-paragraph plot outline which you then expand. It's the simplest and one of the most useful ways to apply Dramatica theory.

For that matter, most of the articles on the How to Write a Novel page can also be used to develop an outline for a play.

A few other things you should keep in mind:

Even if your play is mostly dialogue, every bit of that dialogue should advance the drama. A good play will have a plot that revolves around a Story Goal. Every scene or beat should be an integral part of the whole. Sometimes, the goal will be directly stated, as when Shakespeare's Macbeth is first told by the witches that he is destined to become King. In other plays, the story goal and the aims of the individual characters are subtextual; that is, they are never stated openly but they are the motivation behind the characters' actions and words.

While many contemporary plays consist mainly of dialogue, action can be just as important. Maybe your local theatre company can't afford to stage an epic battle scene, complete with horses and cannons, but that never stopped Shakespeare. He knew how to use small skirmishes to represent the entire event.

For instance, let's say you want write a play with a car chase. Try having one car (or maybe just two chairs that represent a car) with some sound effects. Let the characters' reactions to things they can see, but the audience can't, convey the reality of the story.

Along the same lines, remember that most theatres don't have the budget of a Hollywood movie. The less it costs to produce your play, the more likely a theatre will produce it. Try to use as few locations as possible to save on sets. If you want a realistic set, consider having your entire play take place in one location. If you must have multiple settings, consider using a minimal amount of scenery (ala Our Town) or a set that can easily transform into different locations. Remember that lighting effects can sometimes substitute for scenery. (Shakespeare, for example, had no scenery to work with but was able to convey his settings using dialogue alone.)

For some of Charles Robertson's tips on how to write a play, click here.