Ticking Clock or Option Exhaustion:
2 Ways To Bring Your Novel To A Crisis

Ticking clock and option exhaustion are two techniques you can use to put limits on your plot and at the same time create tension that will drive your story towards its crisis. You can use either one or a combination of both, depending on what type of story you are telling.

The first type of limit is most commonly used in action-based stories such as thrillers. The technique is to give the protagonist a set amount of time by which to achieve the Story Goal or else suffer the Consequence. Generally, you create tension by not allowing your protagonist to achieve the goal until the very last second (which is also the crisis of the story). We call this type of limit a ticking clock.

Some classic story ideas that use a ticking clock are... 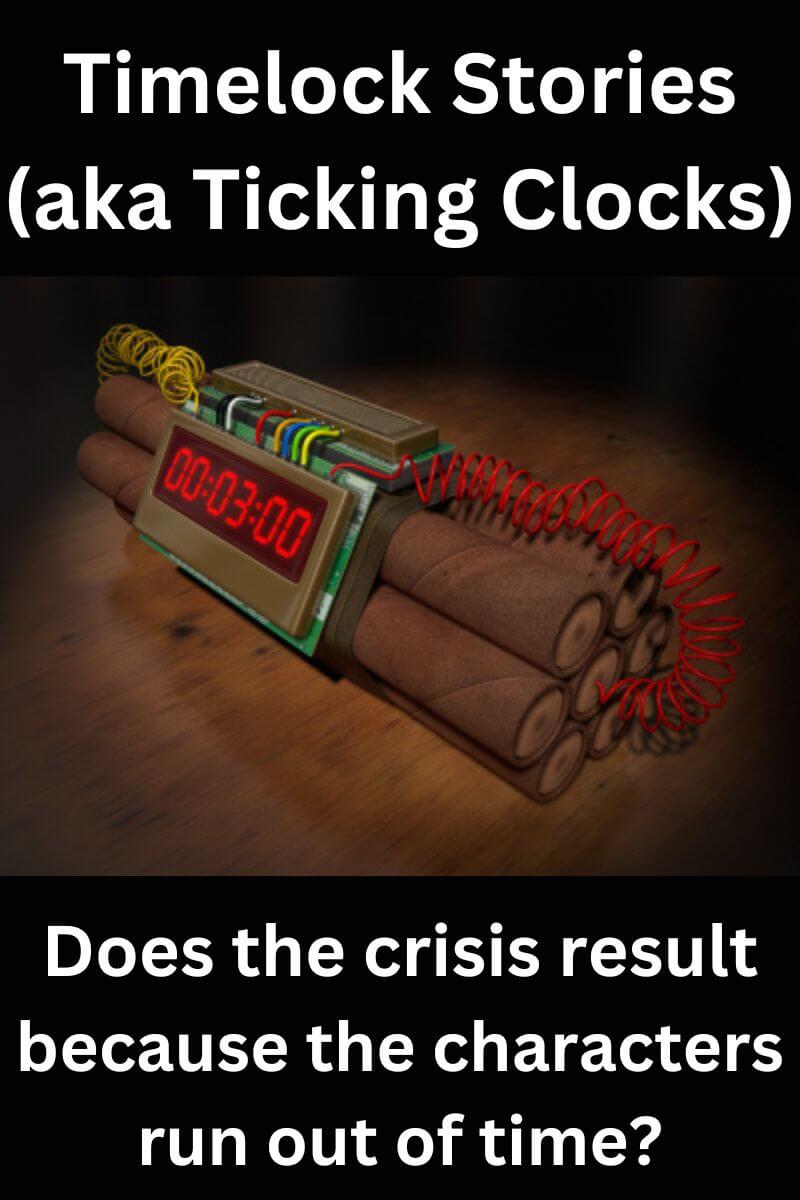 Dramatica Theory calls this type of limit a “timelock,” and it is an excellent way to keep your plot under control. For instance, if you give your characters a 24-hour ticking clock, you know all the events of your story must take place within that timeframe. Of course, you can get around this using flashbacks etc., but the ticking clock puts a clear boundary around main action of the story. No matter how many pages the book has, the reader knows that the climax will arrive when the time runs out.

The ticking clock also creates a feeling of urgency and anxiety in the reader. Generally, you introduce the ticking clock early in the novel. Then you insert forewarnings at various points that show the reader how much time is left on the clock. (For more on Forewarnings, see "The 8 Elements of Plot.") You can further increase the tension by having the main character's problems escalate as the time elapses. This makes the reader increasingly concerned whether the problem will be solved in time.

Obviously, this device is less suited to stories that are based on deliberation or character rather than than action, so if you're writing the former, you may prefer the second type of limit. 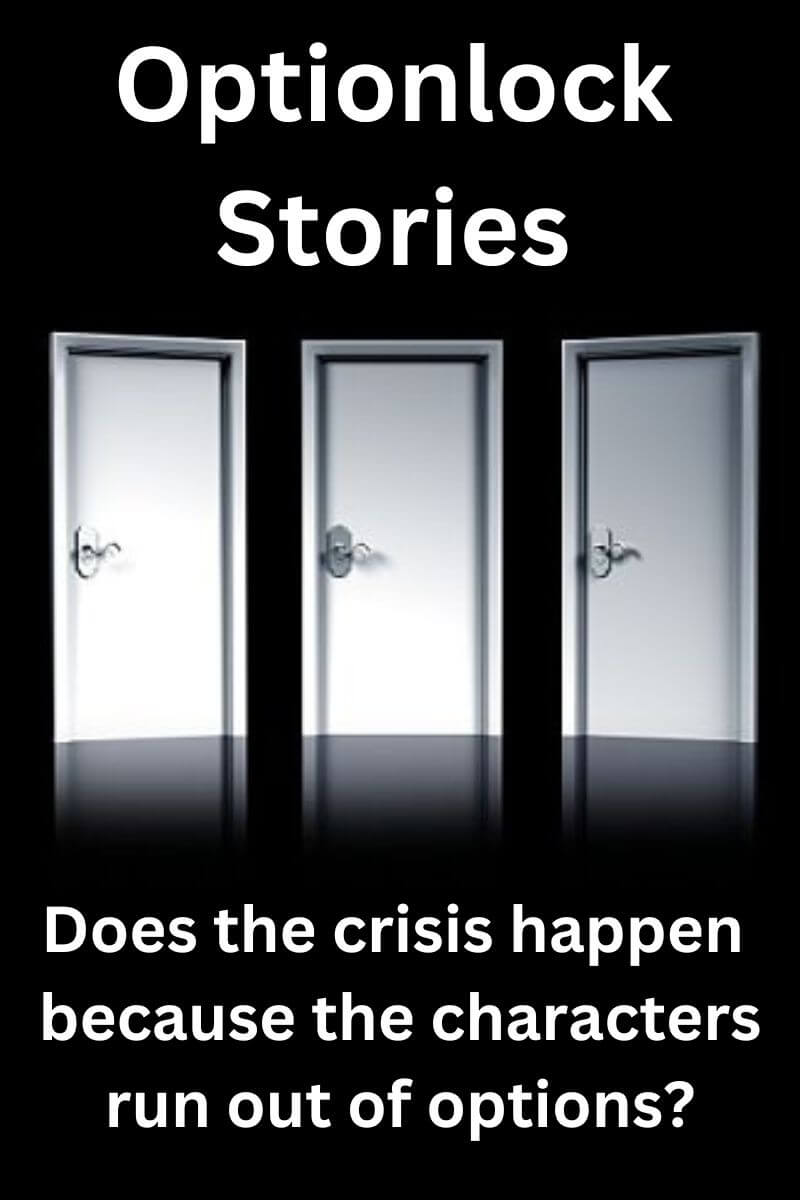 Some stories are more about making the right choice than accomplishing a task within a time limit. For instance, in a murder mystery, your detective's boss might want her to arrest someone quickly and will be happy if there's enough circumstantial evidence to get a conviction. But the detective most likely wants to be certain she arrests the right person, no matter how much time it takes. In such stories, the protagonist is under pressure to make the correct choice from among the available options.

Using the “option exhaustion” technique, you give your protagonist a limited number of possibilities rather than a limited amount of time. The plot revolves around the process of exploring each possibility in order to narrow down the list. For example...

Obviously, you must not give the protagonist too many options to explore, otherwise the plot will start to drag. Your detective should not have to interview a thousand suspects, nor should you depict your heroine dating hundreds of eligible men before finding her perfect mate.

At the same time, you don't want the correct solution to be apparent too soon. The reader must arrive at the climax of the novel not knowing what the main character will do or should do. For instance...

In each of these scenarios, the crisis in an option exhaustion story is the moment when the ultimate choice is made.

Of course, some novels use a combination of these devices. An author may write an option exhaustion story, but throw in a ticking clock near the crisis in an attempt to create more tension. Sometimes, the ticking clock will be present throughout the story, but at the moment of crisis the story suddenly becomes more about making the right choice.

A great example of a combination that works is the Agatha Christie story, 10 Little Indians (also known as And Then There Were None). This story has been done as a play, a film, and a novel.

In the story, ten people are lured to an island for a weekend getaway. When they arrive, they find a message from the host telling them that he believes they all committed a crime for which they were not punished, and that he plans to administer justice by killing them all. One by one, guests are then murdered. Since there are only 10 people on the island, one of them must be the host/murderer in disguise, but the murders are done in secret, so the survivors never see who the killer is.

So, in this story, the optionlock is the limited number of possible murderers. As each person is killed, the options narrow. We know that eventually there will be just two people on the island: the main character and the murderer, and we will know who the murderer is.

At the same time, we also know that the supply boat is scheduled to arrive Monday morning, so there is also a timelock. The main character must try to survive until the boat arrives.

While Christie makes the combination work very well, Dramatica theory, and my own feeling as well, is that combinations are a bit of a cheat – an attempt to get the best of both worlds. If the crisis is about a decision, then a ticking clock can be a distraction. After all, running out of time is not the real problem. Similarly, an option dilemma at the end of a story about meeting a deadline just muddies the waters.

In Christie's story, the optionlock is the primary limit. The timelock turns out to be false, for a very logical reason which I don't want to say because it would spoil the story for you.