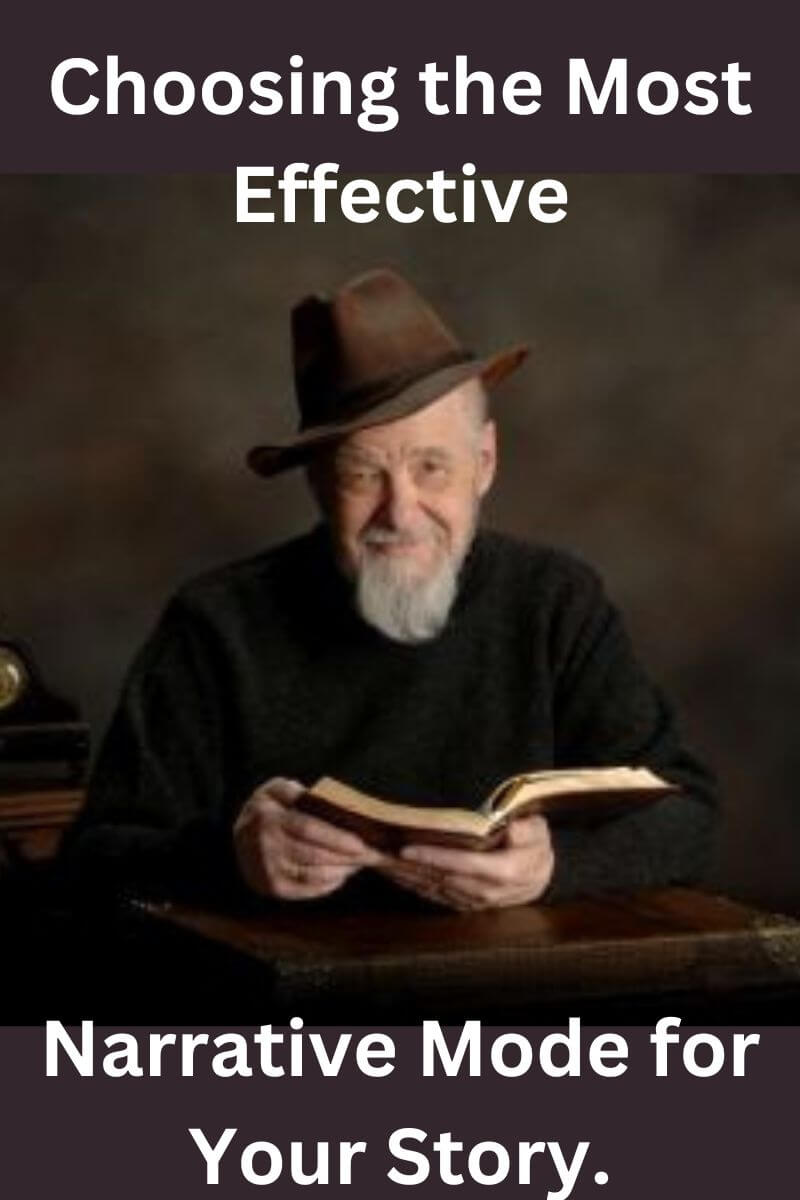 When we first start writing, we often choose a mode of narration that is similar to that of our favourite books. Because our brains have spent a good deal of time with that mode, it's familiar and comfortable.

However, just because your favourite author uses a particular mode doesn't mean it will be the best one for the book you're writing. If you take the time to consider other modes--or, even better, to try writing in several different modes--you may discover that another mode brings your story to life more powerfully. So lets look at some of your options.

On the most basic level, narrative mode can be categorized in three ways:

Let's start with this last category because point of view is really the key to differentiating between all narrative modes. 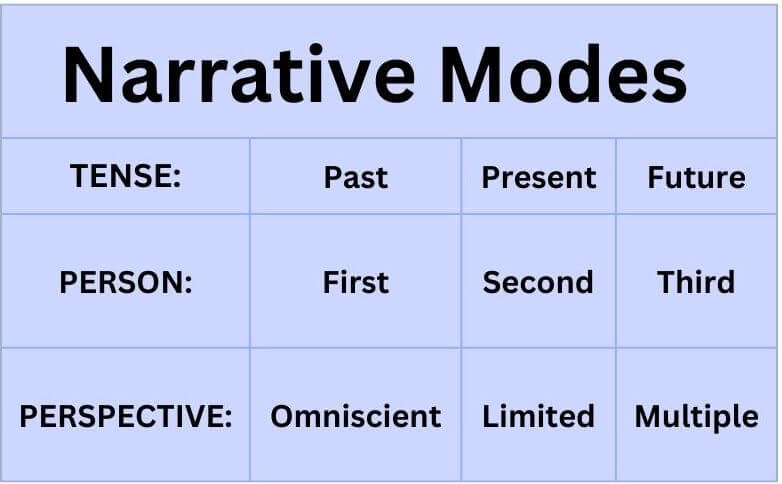 Though it has fallen out of favour in recent decades, omniscient narration has been the standard narrative mode for most stories throughout history.

You can think of the omniscient narrator as the voice of the writer. It is a mask of impersonality and authority the writer assumes when telling a story.

Several narrative modes fall under the category of limited:

Third person, limited, is in many ways the gold standard of narration, offering a middle-ground between omniscient and first person narrative modes.

Drawback to first person, past tense:

C. Some Variations on Narrative Mode

Of course, writers have been experimenting with narrative modes for a very long time and have invented many variations on the basics. Here are are few to consider...

Some novels are told from the perspective of more than one character. In effect, this gives the novel multiple main characters, though not every POV character may get the same amount of development.

Sometimes there is one "true" main character whose decision determines the story's outcome while other point-of-view characters play lesser roles. Other stories try to have two or three POV characters play more balanced roles in the story.

In Romance novels, for example, it is common for both the main character and her love interest to be POV characters with roughly equal development.

These are novels written in the form of letters, or sometimes journals. Some of these novels consist of a series of letters or journal entries written by one character, or the entire novel may be one long letter. The mode is very close to first person, past tense narration, except that the letters or entries are often dated.

Other epistolary novels consist of a series of letters written by two or more characters, often to each other. This is one of the oldest ways to tell a story from multiple perspectives.

Stream of consciousness is not the same as first person, present tense narration, although there are similarities. Both give the reader a lot of detail regarding what's going on in the main character's head. Both are about what's happening to the character in the present. However, first person, present tense, narration, gives one the sense that the POV character is telling the story, if only to themselves.

Stream of consciousness, on the other hand, feels as though a recording device has been hooked up to the main character's thoughts and perceptions. These thoughts and perceptions have a rawness to them, as though they are generated without conscious selection. There is far less attention paid to grammar or punctuation, and the character's mind is free to wander off-topic.

Stream-of-consciousness is used mostly in literary fiction and hardly ever in plot-driven, genre fiction.

Next, write the same event again, but this time choose a different narrative mode. The simplest way to do this is to write the scene from the point of view of a different character, or to switch from omniscient to limited narration (or vice versa). You can also choose to change the tense or the person.

Often you will discover that the narrative mode that feels right for your story is not the first one you chose. In fact, sometimes you might think you know who your main character will be, but doing this exercise shows you that another character is actually far more interesting, and that discovery changes the entire story.

You may also find that writing from other characters' points of view helps you get a better sense of who they are, how they think, and why they do what they do.