Chekhov's Gun: How To Use It When Writing Your Novel

Some writers try to follow this dictate very rigorously and avoid mentioning any object unless it will play a major role in the story, but that is really taking things too far. It also makes the story a bit predictable, once the reader realizes that every minor item is going to be crucial later on.

I believe Chekhov used the example of a gun because a gun isn't just any object. When you put a gun onstage, it automatically gets attention. Particularly in a live performance, the sight of a gun fills the audience with nervous anticipation because it is an inherently dangerous object. Of the many items you will mention in your novel, this principle applies only to the few that stand out.

You violate the principle of Chekhov's Gun if you take the time to draw your reader's attention to an object, perhaps by a lengthy description of it or its history, in a way that makes it seem significant, and then never mention it again. This risks disappointing your the readers who assume you drew attention to the object for a reason. An editor might suggest you cut the description out, if the object has nothing to do with the story. This follows another general principle of writing: include everything you need to tell the story, but nothing more.

So if you do draw attention to an object, your readers will expect this object to appear again. They will infer it is important to the story, and in most cases you should deliver on that promise.

Here are several ways you can employ Chekhov's Gun: 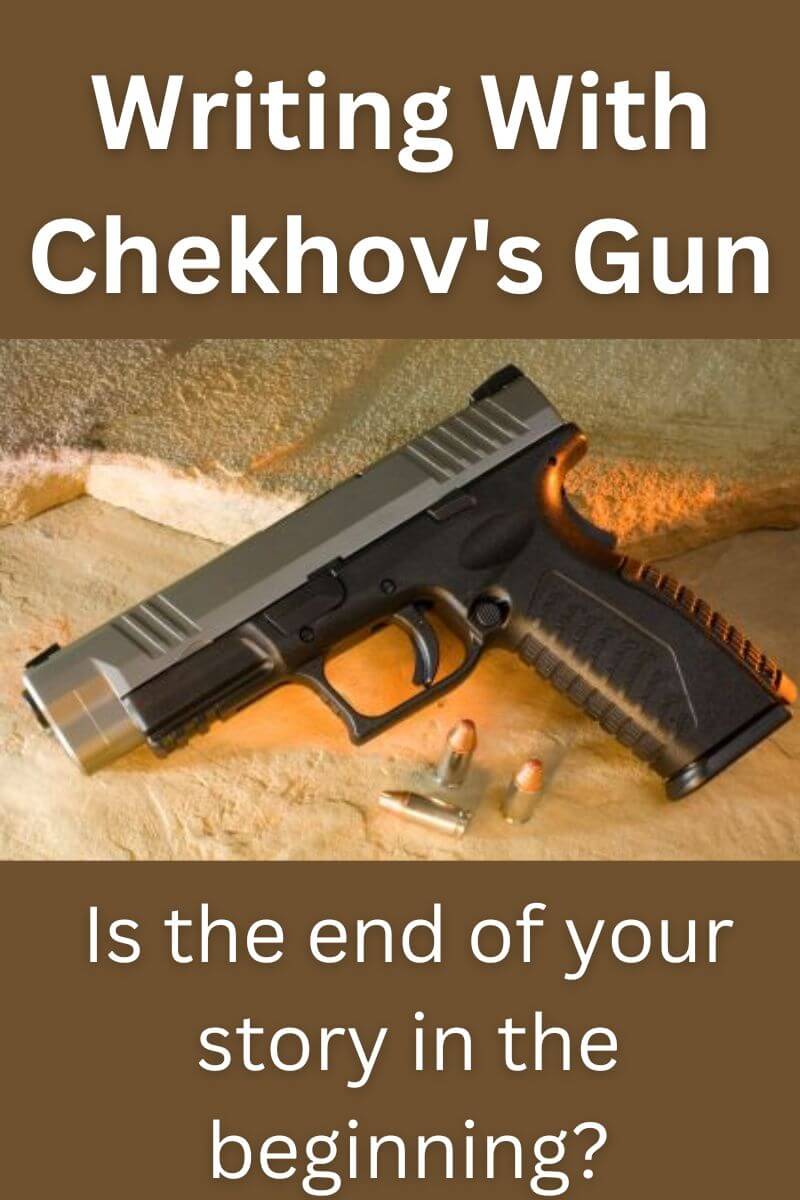 The Harry Potter novels are a case where an author planned an entire series meticulously in advance. Folowing the principle of Chekhov's Gun, J. K. Rowling introduces numerous people and items early in the series that have a particular function at the time, but whose full significance is only revealed much later. For example...

Scabbers the rat is introduced in The Philosopher's Stone when Ron attempts to turn it yellow using a spell taught to him by his brothers. When the spell fails, the reader assumes it is because either Ron has not learned enough magic to make the spell work or that the brothers were pulling a joke on Ron. Two books later, in The Prisoner of Azkaban, we discover the real reason is that Scabbers isn't a rat but a wizard/criminal in hiding.

Griffendor's sword is introduced in the second book as a way to kill the basilisk. But in The Deathly Hallows it takes on even greater significance when we find out that absorbing the basilisk's venom has turned the sword into one of the few tools that can destroy horcruxes.

Sirius's Mirror seems like a novelty when it first appears, but it eventually becomes important for saving the lives of Harry and his friends.

Mrs. Figg appears as a dotty old babysitter in the first Harry Potter book, but in a later book is revealed to be one of Dumbledore's agents whose testimony keeps Harry out of prison.

Grindelwald is mentioned in the first book as a marginal historical figure on a trading card, but he is revealed later to have played a crucial role in making Dumbledore the man he is.

If you are the type of writer who outlines your novel in detail before you start writing, you probably begin the writing process knowing that certain items will be important by the end of the novel. You can therefore look for good opportunities to introduce them well in advance. That is generally more satisfying and believable than having your characters stumble on exactly what they need at exactly the right moment. We all know that life seldom happens like that.

2. During writing (for pantsers)

If you are a pantser who doesn't plan in advance but simply invents the story as you go along, you may find yourself introducing items, people, or events early in your novel without any intention to return to them later. Nonetheless, when you get to the second half of the novel, you may find yourself using the technique of Chekhov's gun instinctively. You may suddenly find important uses for some of those items, and that weaving them back into the story makes the plot hang together better.

Chekhov's Gun is also a technique you can use in hindsight, when you are revising or editing your novel. For instance, let's suppose at one point in your novel your hero has his car wrecked and this is a significant loss for him. You may discover you can deepen the significance if you insert the car at an earlier point in the novel, explaining why the car is important to him. Perhaps he associates it with someone who was once important in his life but is no longer there, or perhaps it is tied somehow to his identity.

Of course, every principle has its exceptions. In this case, the exception is found in mystery stories...

In mystery stories, your challenge is to provide your reader with the information needed to solve the mystery but to disguise it so that most readers will only see in hindsight where all the clues pointed. Some items you introduce will follow the principle of Chekhov's Gun and turn out to be important in the end. But you will probably disobey that principle when introducing other items.

For instance, you can introduce some items in a way that makes them look like they could be important when they are actually red herrings (false clues designed to throw readers off the scent). Perhaps they are important to a subplot, but not to the main plot.

In other cases, you will try to draw as little attention as possible to the real clues when you introduce them, so the reader will not suspect they are actually important. That doesn't violate the principle of Chekhov's gun, but it does give it an important twist.