How to Write Action Scenes 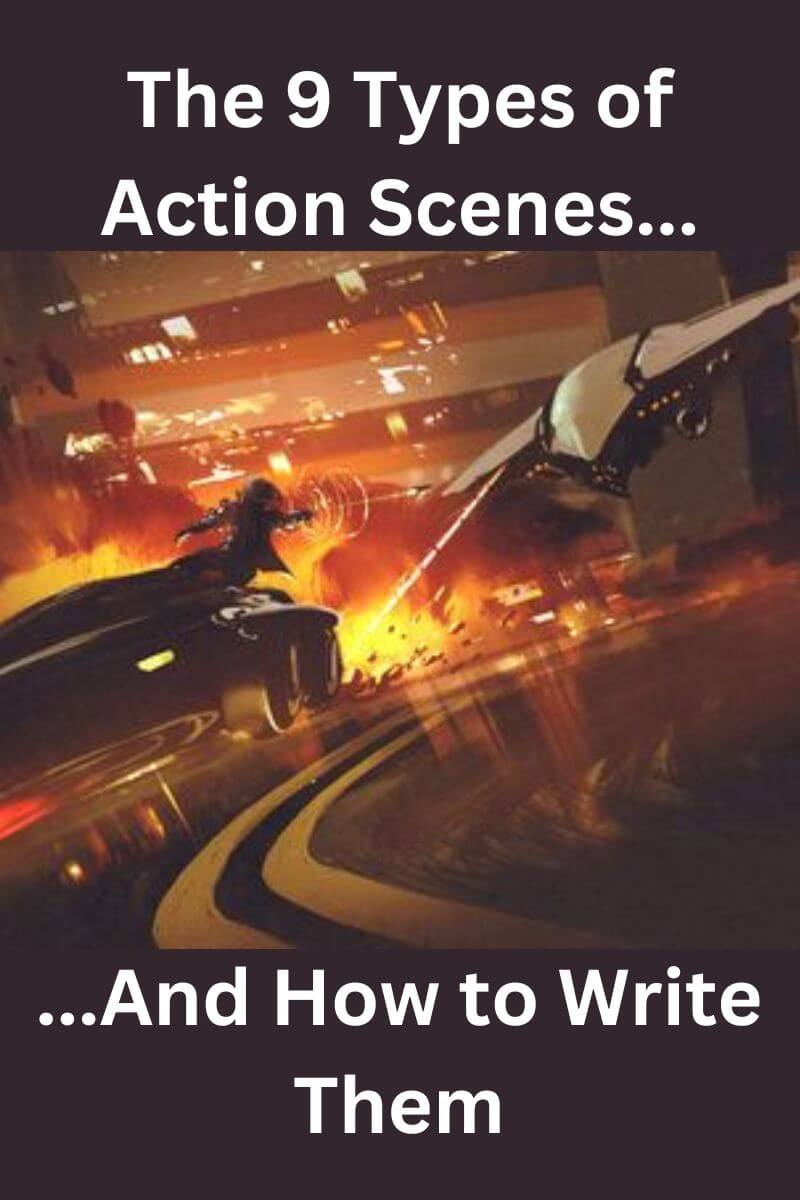 Knowing how to write action scenes is an essential skill for writers in many fiction genres. After all, what would a Suspense or Horror novel be without a chase scene in which the heroine is pursued by the villain? What kind of hard boiled detective doesn't find himself on the losing side of a fistfight while on a case? What would the Western genre be without saloon brawls, train robberies, horseback chases, or shootouts? Not to mention action scenes are essential in any story involving Adventure, whether it's a Thriller, Fantasy, or Science Fiction .

As with any scene, what makes an action scene emotionally gripping has to do with the right combination of external and internal factors, as well as sound dramatic structure.

So let's start by defining an action scene, and then consider some of the issues you should address if you want to write a scene that will keep your readers turning pages...

What are Action Scenes?

First, let's define what an action scene is...

An action scene depicts characters engaged in a high stakes physical challenge in order to achieve a goal. The challenge is competitive, urgent, and fast moving.

Let's unpack this definition a little:

Roughly speaking, there are nine types of actions scenes found in stories, as noted in part by Ian Thomas Healy in his book, Action: Writing Better Action Using Cinematic Techniques.

you purchase these movies

after clicking these images.)

These nine types are...

Of these, the Heist stands apart for relying less on fast action (because of the need for careful timing and precision) and a greater use of suspense. However, it is still a race against the clock.

Preparing to Write an Action Scene

Before you write an action scene, helps to do some planning. So here are seven questions you should ask yourself before you start writing...

By event, I don't mean just a physical act, such as "a fight" or "a chase." Stories that are strongly action-driven generally rely on tight plotting, which means that every scene must describe a turning point in the story. That's what an event is: a turning point, a change. Something must be different by the end of the scene, and that change will send the story in a new direction.

Events can be external, such as the death of a character, the destruction of something important, a capture or escape, a change in circumstances, or the obtaining of an object or bit of information.

An event can also be internal, such as a decision, realization, or epiphany.

Or an event can show a turning point in a relationship, such as a bonding or a betrayal.

Either way, you want to make sure something happens in the course of the action, such that things are different going forward.

2. Where will it take place?

Where you set your action scene matters because the terrain has a big affect on what your characters can do. For this reason, a chase scene involving cars on a freeway will have a different feel than one in which two submarines chase each other in deep water or two students chase each other through a crowded library.

Of course, you have to choose terrain that makes sense for your story, but sometimes it helps to ask yourself what is the most interesting place you could choose to set your action. For example, Alfred Hitchcock's classic film North by Northwest ends with a chase scene on Mount Rushmore, a setting chosen for its uniqueness.

But even if your terrain is less exotic, it is important to have a clear picture of it in mind.

For instance, is it indoors or outside? Does it take place in mud, or on stairs, carpet, or gravel? What time of day or season is it? Must the characters be on foot or could they use vehicles? Is the space empty or filled with objects that offer possibilities? And how will these factors affect the action?

About those possibilities, what does your terrain offer in terms of...

In fact, it is often a good idea to create a map or diagram of the terrain to help you envision the action as it will unfold.

3. Who are the people involved?

You can't write an action scene without knowing something about the characters involved. So get clear on what they have to offer in terms of their relevant...

4. What sort of odds will you give your characters?

In action scenes, and especially fight scenes, the odds generally favour the character with superior...

However, that doesn't mean your main character must have these traits in his/her favour. In fact, readers often prefer stories in which the main character wins when the odds are against him.

In a David vs Goliath type contest, you may need some way to give your David a realistic chance of winning. To even or at least improve the odds, consider having one or more of the following turn out to be in his favour...

However, there's something even more important than the actual odds of your character winning...

5. Who Should Have The Moral High Ground?

Readers like to see characters succeed if they have already secured the moral high ground. They like to root for characters who deserve to win because they are...

In fact, throwing the first punch or firing the first shot can cause a character to lose some of the moral high ground.

Generally, you want your main character to have the moral high ground. But that doesn't mean he/she must win every contest. Often it's better if the main character loses a couple of times, or if a contest early in the story ends in a draw -- so that when the character wins the final contest at the climax, the victory seems all the sweeter.

6.How well do you understand the activities you will write about?

Obviously, if you are going to write stories about characters who get themselves involved in action scenes, you need some expertise or experience in the activities they will engage in, so you don't accidentally have your characters do things that are impossible or that make them look less competent than they should.

So if you choose a main character who is a Formula One driver, Eagle Scout, or kung fu master, you had better know something about auto racing, outdoor survival, or kung fu. At the very least, you have some research to do.

Obviously, it is easier to write authentically about a character who has less experience and expertise than you do than to write about one who has more.

But even if your character is a couch potato who just happens to find himself in a situation where action is required, you have to know enough about the activities in question to know what is possible or realistic. You might need to join a club dedicated to such activities (so you can try them yourself), or interview people who have expertise.

Book research can be a good starting point. For instance, if you want a primer on fight scenes, you might start with Rayne Hall's book, Writing Fight Scenes.

Any scene in which a character tries to do something and succeeds exactly according to his plan risks being a little dull. This is especially true for action scenes.

So when you're writing your scene, look for places where things go wrong for the characters, where surprises and accidents happen, forcing the characters to improvise or change direction. Readers love seeing how characters handle unexpected problems -- whether they can pull success from the jaws of defeat.

Okay, let's assume that you have done your preparation and answered those seven questions. You know what the scene is about, where it takes place, and who is involved. You also know enough about the type of action to write it authentically. The next step is to consider how to structure an effective action scene. And for that, turn to the next article, How to Write a Fight Scene (which covers the structure of action scenes as well).