Line editing is generally the second round in the process of revising a story, after you are satisfied with the story itself. Line editing involves examining the language you have used to express your story and trying to improve it. It is the effort to make each sentence the best it can be.

Before you begin line editing a story, it's best to do these three steps:

a) Complete your substantive editing. 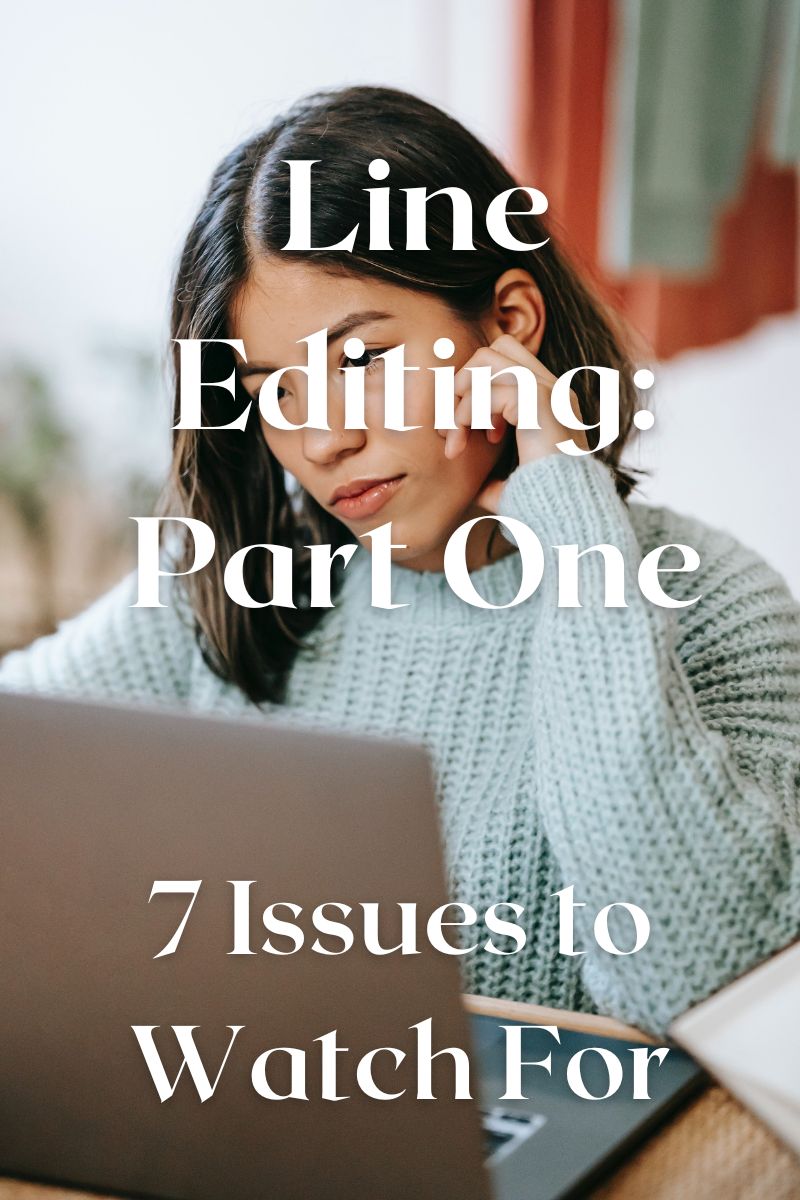 Substantive self-editing often involves rewriting, cutting, or adding sections to your story. If you are trying to make the best use of your time, you should avoid line editing any part of your story that might later be substantially changed or discarded anyway. So finish your substantive editing first.

Of course, some writers can't help doing a little line editing ahead of time. Once you get in the habit of trying to improve your sentences, it's difficult to resist. But self-editing goes faster if you do each phase separately.

b) Set the story aside for a time

For reasons discussed in the Preparing to Revise article, you will usually edit better if you give yourself a break between rounds, so you can look at the manuscript with fresh eyes.

c) Be prepared to edit onscreen.

While a hard copy of a manuscript is usually best for substantive editing, line editing is best done on an electronic copy, using a word processor. As you will see below, the search function makes it much easier to find places in the story where improvements can be made.

The Basic Procedure of Line Editing

When you line edit, you are looking for opportunities to make your sentences better. You look for weaker, less effective sentences and rewrite them.

A sentence can be less effective for many different reasons, but there are some ways of constructing weak sentences that all writers have to watch for. Some writers have a tendency to use certain words or constructions too often or in ineffective ways. In a first draft, you probably shouldn't worry too much about making your sentences perfect. Your focus should be on telling the story. But once you've done that, line editing is your chance to go back and make the language the best it can be.

While you can do your line editing in one pass through the manuscript, it is usually more effective to break it down into a series of passes, each one focusing on a different type of construction that you may want to revise.

Below, I'll cover some of the common constructions you will look for when doing line editing. (Keep in mind that this list is not complete.) But first, let me point out two caveats...

Exceptions to the Rules

There are some situations in which you may choose not to use perfectly polished prose in your story...

Dialogue needs to seem like what the character speaking would believably say. Unless your character is supposed to have an exceptional ability to express themselves in words, it may not seem authentic for them to speak in beautiful sentences, with perfect grammar. Most people in real life do not speak as if a professional rhetorician wrote their lines. While fictional dialogue needs to be better than real speech (which is often messy and unintelligible when written down word for word), it also needs to feel authentic.

If your story is being narrated by one of the characters, the language needs to seem authentic to that character. A character narrator needs to be an exceptional storyteller to make the story interesting, but will also use language that fits their age, background, and personality. They may have certain idioms that a third person narrator would not.

What to Search For

If you're not sure the difference between passive, active, and copula verbs, you should familiarize yourself before you start.

Passive and copula verbs usually use a form of the verb "to be" as an auxiliary verb, which makes them easy to spot. If you wrote your story in past tense, simply use the search function of your word processor to look for "was." This will locate many passive and copula verbs. Look at each one and see if you can make the sentence better by replacing it with an active verb.

Don't feel you must eliminate every passive or copula verb. You couldn't do this if you tried, since forms of "to be" are the most common verbs in the English language. You're just trying to find those instances where an active verb would make a sentence better. Even if you only change one in ten passive verbs, it will make a significant improvement to your story.

Adverbs can be a poor be a poor substitute for more vivid ways of describing the action in a scene.

For example, which of the following sentences sounds better?

"Jane set the pistol down on the table angrily."

"Jane slammed the pistol down on the table."

I hope you chose the second one. As you can see, if you use a strong, active verb, you don't need an adverb to modify it. You can make your story more impactful by cutting adverbs and using stronger verbs instead.

The simplest way to locate adverbs in your story is to use the search function of your word processor to find all instances of  "ly " (that's "ly" followed by a space). While not all adverbs end in "ly," most of them do, so this method is quite effective.

When you find an adverb, ask yourself if you can describe the action more vividly by using an active verb and deleting the adverb.

You don't have to eliminate all the adverbs (though some writers try to do so). Your aim is to make the best version you can of each sentence. Sometimes adverbs are useful, but more often they're not.

Search for sentences that begin with "There is," "There were," "There are," "It was," or "It is." Often a sentence can be made simpler and more active by eliminating such beginnings.

Your English teacher might have told you that double negatives are a "no no." They add confusion to a text.

Apart from this issue, negatives often require the reader to do more work to decode a sentence. They lead to longer, clunkier sentences. Generally, it is better to find the right verb to express your message than use a verb plus a negative.

In other words, instead of saying "The play did not hold my attention," you might write, "The play bored me." Instead of, "I'm not very hopeful about our chances," your character might say, "We're doomed."

Search for instances of "no," "not," and "n't" to find opportunities where you can improve sentences by eliminating the negatives.

In most cases, a specific word makes for a better sentence than a vague or general term.

For instance, instead of using a noun like "house," why not specify a "bungalow," "duplex," or "cottage"?

Instead of saying a character "walked," why not have her "saunter," "stride," "shuffle," or "tip-toe."

Does your character drink "beer," or does he imbibe "stout," "pilsner," or "bitter"?

Does your character wear "leather oxfords" or "saddle shoes"? Or is he more comfortable in  "sandals," "sneakers," or perhaps "Air Jordans"?

Specific words say something about your characters. Specifying the type of home a character lives in, how they dress, their preferences and behaviours, helps you paint a more distinct and vivid picture of who they are. The same is true when you use specific words to describe your settings or the action in the story. So, when you are line editing, look for places where you can replace a general noun or verb with one that is more specific.

6. Anything awkward or unclear.

Naturally, you will look for any places in your story that feel awkwardly phrased or unclear, or that otherwise fail to tell the story in the best possible way. Sometimes you may have to rewrite a paragraph several times until it says what you intend it to say.

I was going to discuss the many types of wordiness that can arise in a manuscript and should be addressed in the line editing process, but there are so many they deserve a page all to themselves. So I will cover wordiness in Part 2 of Line Editing.