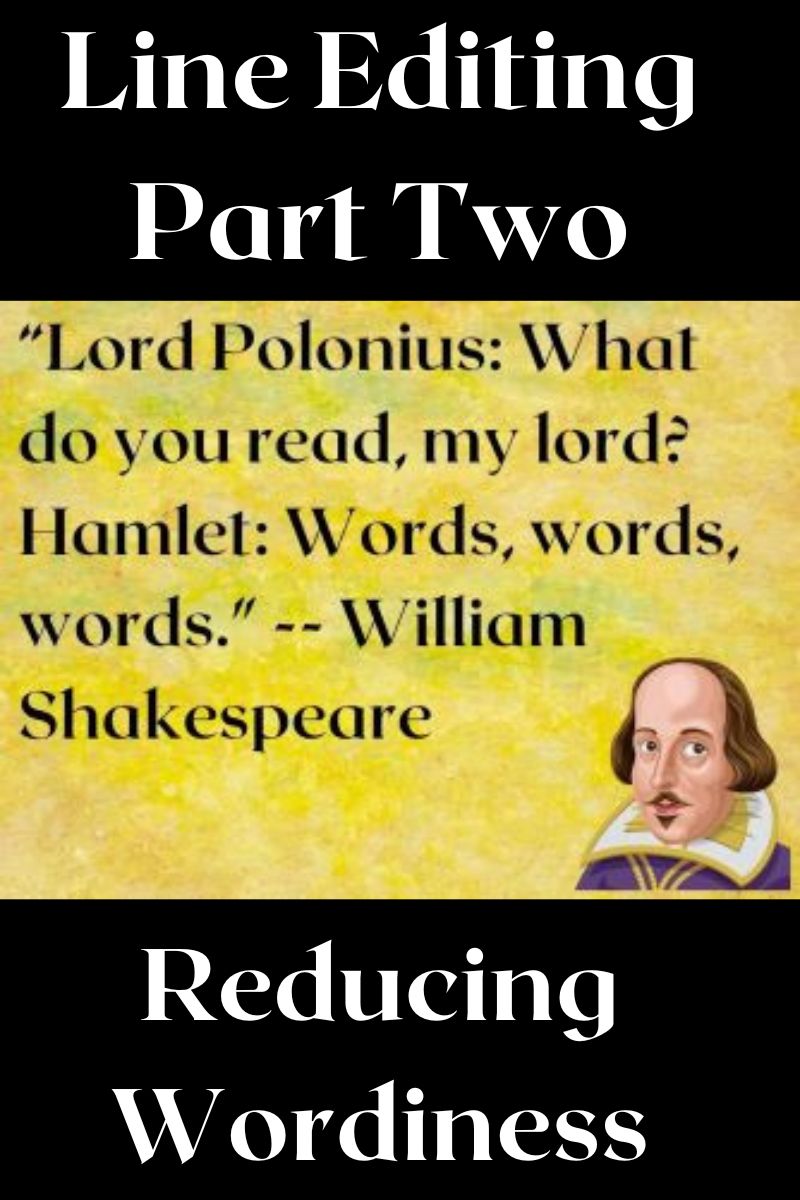 Reducing wordiness is an important part of a fiction writer's self-editing process. If you've followed the instructions in Line Editing Pt. 1, you may have partly addressed this issue and improved many of the sentences in the first draft of your story. Now it's time to look at other specific ways of making your prose less wordy.

A basic principle in writing is that you want to reduce the signal to noise ratio. In other words, you want to include the words and sentences necessary to tell the story fully and in the most intellectually and emotionally engaging way. Those words are "the signal." Any unnecessary words or sentences are "noise" that detracts from the story's impact. So "wordiness" is a form of noise. Too many unnecessary words are noise that make the story less impactful.

Of course, you can also use too few words to tell your story. Overly terse writing can fail to express the story with all the details and nuances that create emotional and intellectual engagement. Consider the difference between...

"I felt like all warmth and joy had been sucked from my universe leaving me devoid of ambition or volition."

"My stomach is growling and I need pizza!"

Longer prose can be better if it is more engaging. Wordiness, however, occurs when your prose contains words that do not add anything engaging to the story and only make it longer. In other words, wordiness makes a story boring.

So let's look at some of the many types of wordiness that can arise in fiction and how you can reduce it in your stories.

Redundancy occurs when you use more than one word or phrase that mean the same thing or that say the same thing twice, or repeat the same information over and over (see what I mean?). People use a lot of redundant phrases in everyday speech, and most of us have picked up quite a few of these. Redundancies are possibly the most common type of wordiness. The more redundancies you can remove from your story, the clearer and stronger your prose will become.

Here are a few common redundancies. Just know this list is far from complete.

When you are line editing a story, you fix redundant phrases by deleting the unnecessary words.

Replace "best ever" with “best."

Once you get good at spotting redundancies, you may develop a list of ones you know you use a lot. You can then search for those specific phrases when you edit.

Look for instances where you can replace a long phrase with one that is shorter, or perhaps just a single word that conveys the same meaning.

"A person who collects stamps" --> "A stamp collector"

The number of wordy phrases most people use regularly is also huge -- too many to list here. Once you get in the habit of looking for wordy phrases during the line editing process, you will notice the ones you use habitually. You can use your word processor's search function to find them and make your sentences more impactful by replacing them.

"The fact that" is a wordy expression that can usually be eliminated.

"Aware of the fact that" can become "understood" or "knew."

"In spite of the fact that" can become "despite" or "although."

"Considering the fact that" can become "since."

We all have a tendency to use certain words as filler when speaking to others. When we can't immediately think of the best word to express our meaning, we may use a filler word while we're waiting for better words to come to mind.

Actually   Certainly   Quite   Somewhat  However  So Very Perhaps

Some of these are adverbs that you may have already revised in Pt 1. These words are rarely useful except in certain bits of dialogue. For instance, you may want an educated character to say such words to illustrate their bookish personality.

Most of the time filler words add nothing of value to a sentence and can be deleted with no impact on the meaning. 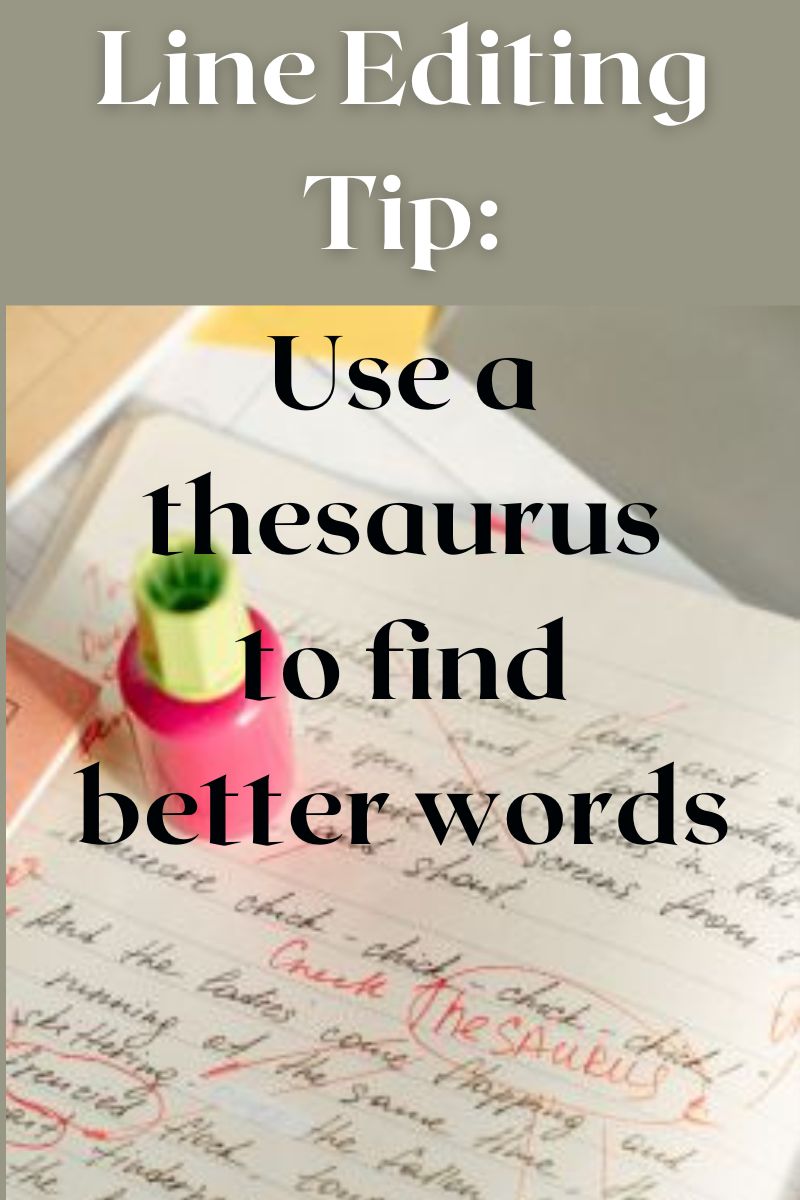 For instance, rather than say, "The room was really cold," just say "The room was cold," or perhaps "The room was freezing." (A good thesaurus, online or hard copy, can help you find better synonyms for a word that doesn't feel colourful or specific enough.) Another way to emphasize the low temperature would be to include specific details in the description that illustrate the point (frost on the windows, an icy draft, etc.).

Rather than say, "John was rather tired," just say, "John was tired." If you want to stress this fact, use a better verb ("exhausted," "tuckered out," "fatigued," etc.) or include some specific symptoms of John's tiredness. A word like "rather" contributes nothing to the sentence.

If you find you have used certain filler words more than once, use the search function of your word processor to find all the instances of them. See see how many sentences you can improve by eliminating filler words.

Some of us have a tendency to describe characters "starting" or "beginning" to do something, when it would be simpler to just have the character do it.

For example, you may find yourself writing...

"Mary started to walk toward her mother,"

...when you could just write, "Mary walked toward her mother"?

Rather than, "The transport truck began to jackknife as it slid along the icy bridge,"

... why not write "The transport truck jackknifed as it slid along the icy bridge"?

If the meaning is the same, it is better to just have the action happen rather than start to happen.

Search for words like "began," "started" or even "initiated" to find sentences in your story that can be improved in this way.

Sometimes we can find ourselves using two verbs when one would do. For example...

Often the word "that" can be omitted from a sentence with no effect on its meaning. For instance, you might reduce wordiness with changes like...

Once you are satisfied that you have made each sentence in your story the best it can be, having followed the tips in this article and Line Editing, Pt. 1, you are finished the line editing process. You can then set the story aside for a few days or so before the final phase of Revision or Self-Editing, which is Proofreading.