To get published, your book has traditionally had to make its way through one or two immense stacks of manuscripts (known as slushpiles). The first of these is the slushpile in an agent's office, which may be optional, but is a good idea if your book has real commercial potential and you want to sell it to one of the big five publishers. Next it has to get through one of the slushpiles in the publisher's office, either the smaller “agented” pile or the much larger “unsolicited” pile.

The process has always been slow. But these days, with publishers less willing to pay junior editors to read slush, it has become downright glacial.

Yet, publishers still need ways for unknown authors to get published. It's the newly discovered authors, the new books, that breath life into the industry.

One approach that has been touted is been to let book readers become the new “junior editors.” That is, to create systems whereby authors get their books read and ranked by a small number of average readers. Publishers can then zero in on the books that get the highest reader response. Instead of wading through enormous piles of low quality slush, publishers can just look through the much smaller pile of pre-screened books.

Beginning authors might therefore consider getting their manuscripts into these new-style slushpiles. At least, that's the theory.

Will Online Slushpiles Help You Get Published? 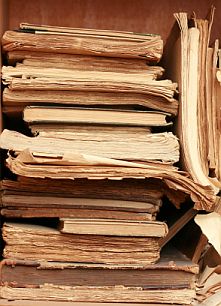 Some of the new slushpiles, mentioned elsewhere, include writing contests and the self-publishing universe. These involve some expense (especially the latter). Success in these areas certainly suggests a person can write is serious about his/her writing. It's something you would mention in a query letter to an agent or a publisher.

In 2008, Harper Collins created an online slushpile to which any would-be author could submit a manuscript for no cost. Anyone could read these manuscripts and vote on which ones are the best. The top rated manuscripts would then be looked at by Harper Collins' editors. The site was called Authonomy, and it has since been shut down.

As of this writing (2017), one slushpile that has survived is Wattpad.

Like other slushpiles, Wattpad lets you you submit your manuscript to the site one chapter at a time, which means you don't have to show your whole book unless you want to. Anyone can then read it and give you feedback and a rating.

You can use the site to get feedback on your work-in-progress. For instance, if you submit a first chapter and it gets a high rating, you know you're on the right track. If it gets panned, maybe you need to rewrite it.

Self-published authors can even post a link so that readers can buy a copy of the book after reading a sample online (which is one way you can use the site to promote your book).

Another site, useful only to those interested in writing fan fiction (which you cannot make money from) is fanfiction.net

In theory, these online slushpiles could benefit both publishers and writers, allowing good books to get the attention from publishers they deserve, while letting publishers ignore the worst manuscripts.

In practice, these sites don't offer much benefit to anyone.

For instance, several agents and editors have pointed out the fact that they don't have enough time to wade through their existing slushpiles, let alone read online slushpiles of manuscripts that are not targeted to them.

It also seems obvious that many of these online slushpiles are designed to make money from aspiring authors, by charging membership fees, selling editorial or self-publishing services, or advertising.

If I were being particularly cynical, I might suspect that another purpose behind some of the failed slushpiles was to siphon some of the bad manuscripts out of the publishing system so that agents and editors didn't have to spend money and money sending out rejection letters.

On the other hand, I have heard of a few writers who submitted work an online slushpile and, after much editing, went on to get published. Some people have told me these sites were, for them, a source of valuable criticism, advice, and contacts. I suspect they are in the minority. Nonetheless, if you simply want someone to read your work, and possibly get some feedback on it, this route might work for you.

On the other hand, you might consider joining a writers' critique group whose members are all committed to their writing career. Many writers' associations run such groups, which meet online or in person.