Backdoor Ways to Find a Publisher

It's always been hard for new writers to find a publisher, and it hasn't become any easier in recent years. Agents and publishers receive thousands of queries a year, yet they can say “yes” to less than one percent of them.

Worse, the query system is supposed to act as a screen that allows good books to reach editors while preventing bad books from doing the same. Yet the process is so inefficient it can discourage good and bad writers equally.

What's more, we must admit that many new writers who find a publisher do so by going outside or around the standard query process. If you are keen on getting your book published, you should know about these “backdoors,” because one of them could hold the key to your lucky break.

For example, let's consider the most obvious...

Networking to Find a Publisher

Not every good writer is comfortable with networking. One reason why some people want to become writers in the first place is because they enjoy working alone and don't like having to deal with people. From a distance, writing looks like a profession in which you don't have to speak in front of groups, deal with office politics, or do a lot of shameless self-promotion. (Hence the appeal of getting an agent who you hope will do all your shmoozing for you.) J.K. Rowling, for example, once said that writing was the perfect job for her because it consisted of, “me, alone in a room, making things up.” 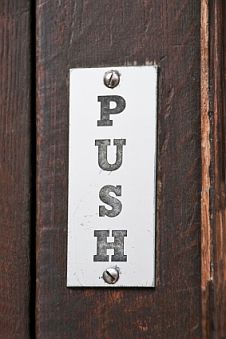 The reality is that being good at fostering and nurturing relationships can help you find a publisher, just as it helps you get ahead in any career.

So, if you are a people person, consider the old adage that says you are only six persons removed from anyone in the world. If you start asking exploring your grapevine, you may find someone who can put you in touch with an agent or editor who would be willing to look at your manuscript. I personally know someone who landed her first book contract because she made acquaintance with a neighbour while they were both walking their dogs. The neighbour turned out to be an editor, and the morning stroll was the perfect opportunity to talk about book ideas.

Along the sames lines, publishers often come up with book projects (generally nonfiction) on their own and then look among their list of contacts for writers to write them. If an editor knows you personally and you have expertise in the topic, you could get the job. If you do one such project successfully, publishers and agents will be far more willing to consider your own book proposals.

Of course, your networking efforts will probably be more effective if you live in a major city, especially one with a strong publishing industry, such as New York, London, or perhaps Toronto.

But let's be frank. Some people just don't enjoy networking and self-promotion. If you're one of them, trying to change your personality can be a long and difficult process – even longer than the process of trying to find a publisher by the traditional query route.

So let's consider some other backdoors...

If you are a bit of a recluse, winning a writing contest is one of the best alternative ways to find a publisher that doesn't require social skills. In some contests, the prize includes getting to pitch your book to an agent or publisher directly. At the same time, some publishers monitor contest winners as a way of scouting for good manuscripts (it's a lot easier than combing through mountains of bad submissions). So after you've won, they may approach you. At the very least, if you can say in a query letter that you won a writing contest, you are much more likely to get an agent or publisher's interest.

Even better, there are hundreds of writing contests each year. No matter what genre you write in, there's likely a contest for you, as little Internet searching will reveal. If you live in the U.S., you might start with freelancewriting.com's contest page. In Canada, one of the best sources of information about writing contests is The Canadian Writers Contest Calendar. One site which lists UK contests is prizemagic's writing competition page.

Some contests charge an entry fee, so you have to pick and choose which ones to enter. And you may have to do some research to find out which ones may or may not be legitimate. Above all, don't enter a contest that asks you to give up any rights to your manuscript.

Social media are changing the world these days. They are making stars out of nobodies and helping turn dictatorships into democracies. As a writer, you can use social media (for example, twitter.com) to develop connections to people in the publishing industry, other writers, etc. You can also use it to build a platform (i.e. a following). If you can say that 100,000 people or more read your words online, that will make your books more attractive to publishers. After you have published, you can use social media to keep in touch with readers and promote your next book.

If you are a shy person, you may find it easier to tweet, blog, or otherwise communicate with people online rather than face to face.

The downside: social media can also consume a lot of time. If you have a day job and a family, you may already be hard pressed to find the time to write your books. If you have to devote several hours a day to social media, your writing time could be quickly used up.

That said, if you are a good writer, you have a tremendous advantage when it comes to social media. The more interesting and helpful your online communications, the more likely you will attract the attention of people, including agents and publishers.

However, you may need need to control your online presence to project a good image of yourself. And you may need to research the most effective ways to connect with the right people. It's too big a topic to deal with in this article alone.

Most published novelists are not superstar best-sellers who make millions of dollars in royalties. In Canada, for instance, even best-selling novelists generally need full-time jobs to pay the bills. One of of the better ways for writers to generate a little extra cash is to teach courses and workshops on writing.

By taking such courses, you can benefit two ways. First, you will probably learn a lot about writing and get some help developing your novel. Second, if you get along with your instructor and your work is outstanding, they may be willing to help you find a publisher – or perhaps introduce you to an agent.

You can make similar connections with other writers by joining writing groups (whether on or offline). Some of these groups offer valuable critique groups which, again, can help you write a better book. If you prove yourself willing to help others to the best of your ability, others in your group may be able to help you in your quest to find a publisher or agent.

If you are an expert in a particular topic and you want to write non-fiction books on that topic, you might consider developing a website, selling articles or short stories, building a social media following, making mainstream media appearances, or public speaking. The more people who know about you, read your words, attend your speeches, watch your videos, etc., the easier it will be to find a publisher.

An obvious example of the value of platform building: if a major Hollywood film star wanted to write a book, they would be virtually guaranteed to find a publisher. It wouldn't matter if they could write to save their life. A ghostwriter or book doctor could be hired who would help them create the book. Publishers know they will make money if the author already has millions of fans who will buy it.

You don't have to be that famous to find a publisher. But the more famous you are the higher your chances.

It is worthwhile to note that some people have started with no apparent expertise and built a following for themselves by blogging, with the result being a book deal. Neil Pasricha's blog 1000 Awesome Things, for example, led to The Book of Awesome.

As I mentioned on the Self Publishing page, this works best for people who already have a platform or who are good at self-promotion. However, there are some writing contests now for self-published books, and winning one of those could get attention from publishers. I also suspect that publishers will increasingly treat the self-published universe as another slush pile. That is, they will look for self-published books that sell decently and then offer to take them mainstream.