Below are some of the online fiction writing courses available from MasterClass -- all of which are presented by writers who are at the top of their niche.

But just before you puruse them...

I'm currently developing some online fiction writing courses to be tailored to the needs of aspiring writers like you. And I'd love your help. Please take a few minutes and tell me what sort of course you feel would help you the most in your writing endeavours. Here's the link...

Joyce Carol Oates: The Art of the Short Story

Joyce Carol Oates has written over 58 novels (including Black Water and Blonde), numerous volumes of short stories, plays, and other works. She has been several times shortlisted for the Pulitzer Prize, and received many other awards as well.

Importantly, Blume has spent many years teaching creative writing at Princeton where she is a Professor Emeritus.

Now you can learn the art of short story writing from her online, in the comfort of your home. 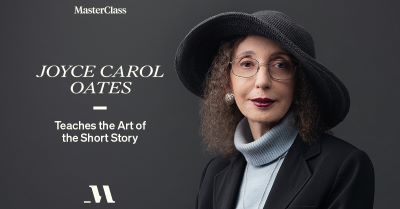 Author of The Handmaid's Tale, The Blind Assassin, The Edible Woman, and numerous other works of literary fiction, science fiction, poetry, and criticism, Margaret Atwood is an icon in the North American literary world. Her awards include the Booker Prize, a Guggenheim Fellowship, Hugo and Nebula Awards, and a Governor Geneal's Award (Canada). Now for the first time, she is sharing her insight into the creative writing process. 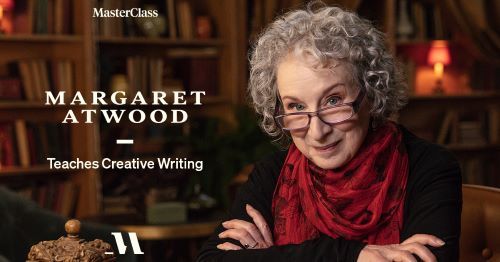 James Patterson holds the New York Times record for the most #1 bestselling books by any author. His novels at one point accounted for 1/17 of all books sold in the US -- more than Stephen King, John Grisham, and Dan Brown combined. Most famous for his thrillers, Patterson has also written non-fiction and romance. Now you can learn his secrets firsthand in his online course. 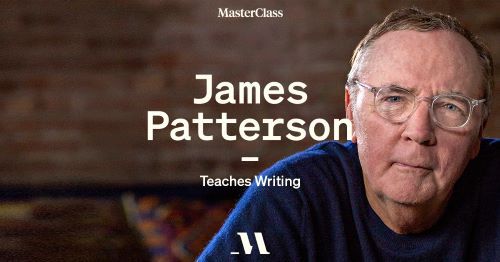 Walter Mosley is best known as the author of the popular series of mystery novels featuring the hard-boiled PI, Easy Rawlins. His numerous works include several other mystery series, as well as books of science fiction, nonfiction, literary criticism, and erotica. His many awards include the National Book Award's Lifetime Achievement Medal.

In this course, he will show you how to choose the right words, structure, and characters to express the novel that's inside you. 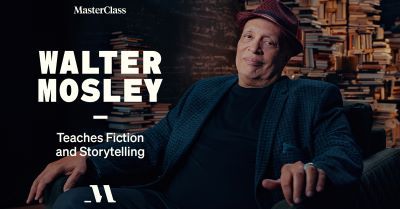 Dan Brown is known as the author of historical cypher thrillers such as The Da Vinci Code, Angels and Demons, and The Lost Symbol. His novels, which have sold over 200 million copies, are noted for their page-turning plots featuring intricate conspiracy theories, cryptography, and historical treasure hunts.

In his course, Brown shows you his secrets for building and maintaining suspense in a novel.

David Baldacci has written over 40 best-selling thrillers. In this course, he will present practical techniques all aspiring thriller writers need to know, including how to research a novel, create mystery and suspense, develop characters, revise a manuscript, navigate the publishing process, and work with an editor.

Neil Gaiman: The Art of Storytelling

Neil Gaiman has won Hugo, Nebula, and Bram Stoker awards, as well as the Carnegie and Newberry medals, for his numerous works of fantasy and science fiction. His best known works include the novels Stardust, American Gods, Coraline, and The Graveyard Book, in addition to the comic book series The Sandman.

In his online course, Gaiman shares his insights into creating works of imaginative fiction. 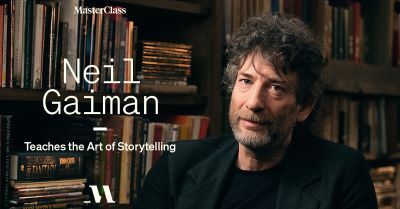 Best known for her Broken Earth trilogy, which made her the first writer to win the Hugo Award three consecutive years, and her acclaimed debut novel, The Hundred Thousand Kingdoms, N.K. Jemisin is a master at creating compelling stories within immersive fictional worlds and societies.

In this course, she provides you with an in-depth approach to world-building and characterization as well as tips on the publishing process for speculative fiction. 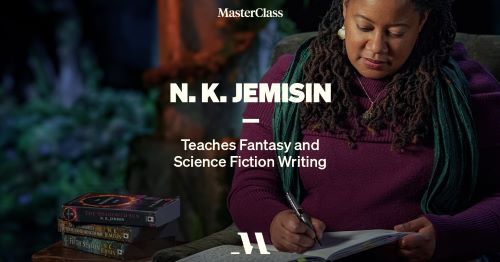 Courses on Writing Fiction
for Children and Young Adults

Best known for his Goosebumps and Fear Street series of scary novels for children and teens, which have been practically required reading in schools for decades, R. L. Stine has written over 400 books and been dubbed the "Stephen King of children's literature." If you want to write for younger readers, this course is for you. 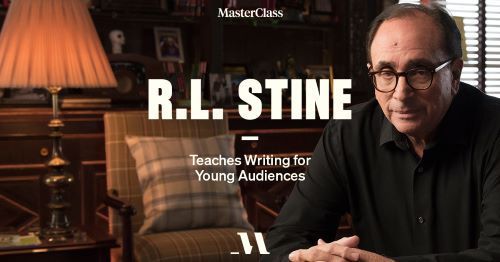 Generations of young readers have been inspired by Judy Blume's honest and moving portrayals of adolescence in books such as Are You There God? It's Me Margaret, Tales of a Fourth Grade Nothing, Deenie, and Blubber.

Blume has been recognized as a Living Legend by the Library of Congress, and received numerous awards for her writing. Now you can learn her approach to creating stories that deeply connect with young adults. 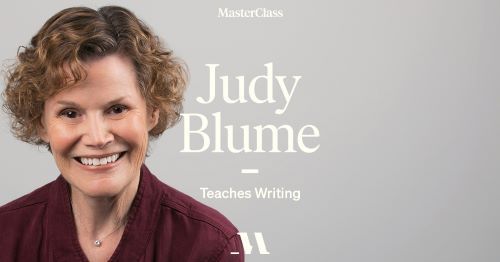 Winner of a Pulitzer Prize and many Tony nominations, David Mamet is known as one of the greatest American playwrights of the 20th century for works such as American Buffalo, Glengarry Glen Ross, and The Duck Variations. Mamet went on to write screenplays for films such as The Verdict, The Untouchables, Ronin, and Hannibal, as well as a number of novels. No one alive writes better dialogue than Mamet, which makes his course invaluable for aspiring writers in any fiction genre. 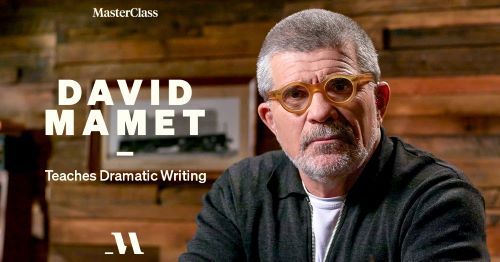 In addition to winning the Oscar for Best Adapted Screenplay for The Social Network, Aaron Sorkin's writing credits include plays (e.g. The Farnsworth Invention), television series (The West Wing, Sports Night) and films (e.g.A Few Good Men, Moneyball, The American President). He has been nominated for numerous awards, including The Golden Globe, Primetime Emmys, Critics Choice Movie Awards, and Writers Guild of America Awards. Now you can learn his techniques in his screenwriting course. 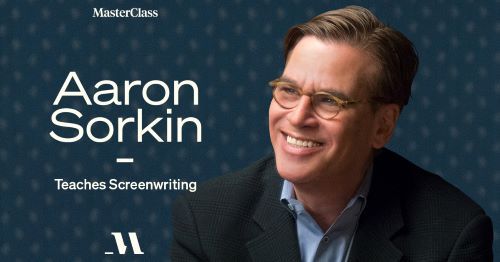 Shonda Rhimes is best known as the head writer and creator of the television series Grey's Anatomy, Private Practice, and Scandal, and she has produced and written for many more. In 2007, Time Magazine named her one of the 100 People Who Help Shape the World. Winner of numerous writing awards, Shonda brings a wealth of insight and experience to her television writing course. 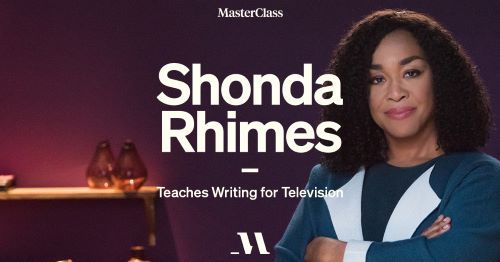 Best known as the author of such New York Times Bestsellers as The Tipping Point, Blink, and Outliers, Malcolm Gladwell has a gift for writing thought provoking "big idea" books and articles that make research in the social sciences palatable to a broad audience. If you aspire to write nonfiction, this course is for you. 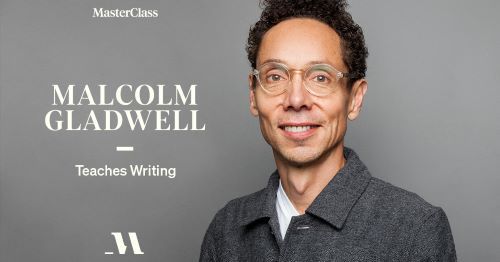