Writing Steampunk and Other Historical Punks 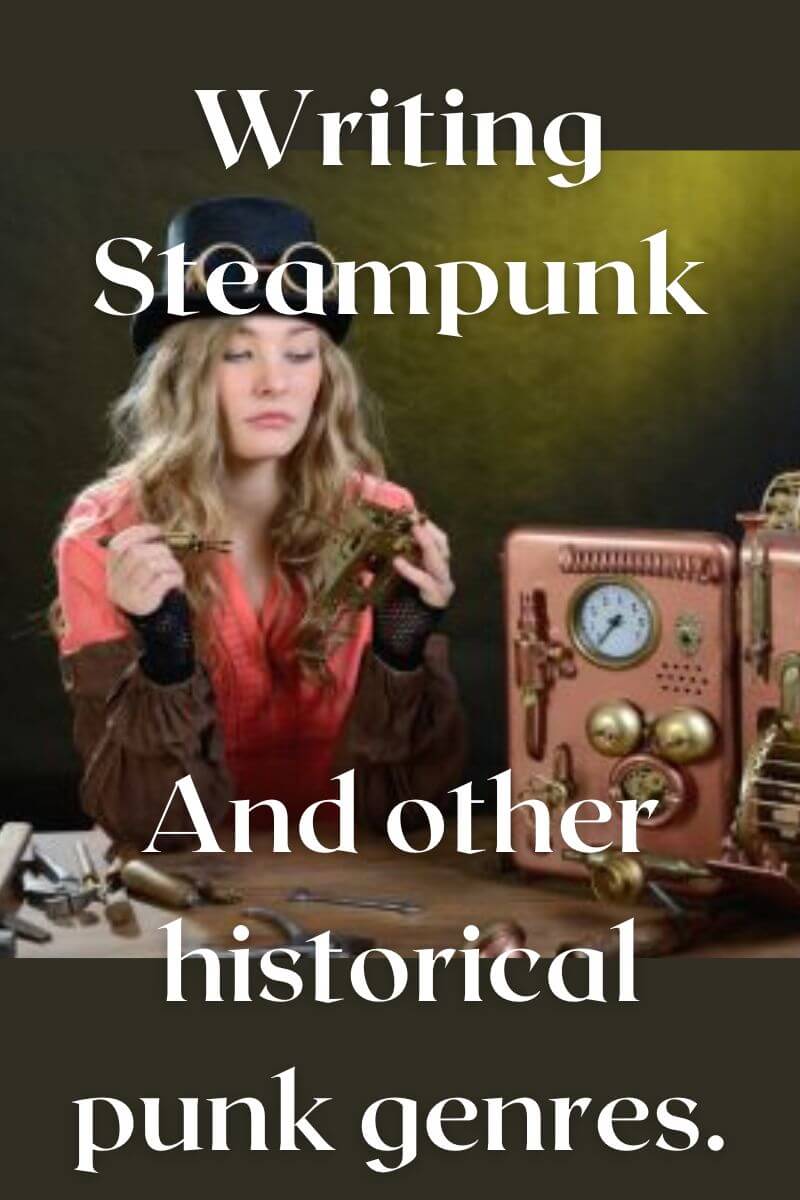 Steampunk and other historical punk genres have grown in popularity in recent decades. They are subgenres of science fiction that combine elements of historical fiction with a modern sensibility. In some ways, they are response to the bleakness of most realistic appraisals of the future. And in some ways they are just fun excursions into imaginary "what if" scenarios.

Steampunk is science fiction that is set in the nineteenth century. If that hasn't confused you already, let's get a little more specific.

Imagine you were a writer living in the nineteenth century, the age of the industrial revolution. Now imagine what kind of science fiction stories you might write. Look at the scientific and technological breakthroughs happening around you and imagine that certain lone inventors or "mad scientists" pushed recent these discoveries far beyond what anyone thinks is possible. What might they come up with? And what might the world look like where such inventions became commonplace?

In other words, imagine you were someone like Jules Verne or H.G. Wells. You know the state of nineteenth century science, but nothing beyond that. At the same time, as a writer living in the twenty-first century, you have a certain awareness and perspective that on social issues that might not have been discussed in the nineteenth century. Now write an original science fiction story that combines these two elements.

2. Techno-Fantasy. Even though the technology resembles actual nineteenth century tech, it is far more advanced. For instance, you might have a steam-powered time machine or an airship with futuristic weapons. Often it relies on "fantasy" technologies that are not scientifically explained, though they may be based partly on extrapolating from what was known in the nineteenth century.

4. Celebration of the individual inventor. In the steampunk world, advanced technology can be designed, made, and repaired by a solitary inventor (similar to historical inventors like Tesla, Bell, or Edison). It is quite unlike today's technology that is generally designed by one team of people, manufactured by a different team, and repaired by no one. For instance, no one can fix a broken or defective microchip today. All you can do is replace it. Few people can repair a cellphone, let alone build their own. But in steampunk, a clever inventor with a toolkit can make and repair the most futuristic technology.

6. Wearable technology or scientific gear is also a common element, though one that is shared with other forms of science fiction punk.

Examples of steampunk movies include: The League of Extraordinary Gentlemen and Wild, Wild, West.

Some steampunk novels include the Leviathon trilogy by Scott Westerfeld and The Difference Engine by William Gibson.

(As an Amazon Associate, this site earns if you purchase books or movies after clicking images on this page.)

Naturally, the nineteenth century is not the only historical period that can be given the "punk" treatment. Many other types of "historical punk" exist, including...

Dieselpunk: science fiction stories that take place between World Wars 1 & 2, the "diesel" age. A good example of a dieselpunk movie is Sky Captain and the World of Tomorrow (2004). Though set in the 21st century, the movie Iron Sky (2012) would be another example, as it features a lot of advanced technology that was supposedly invented in the 1940s.

Atompunk: science fiction stories that take place in the atomic era, after World War 2. The space race was on in that time period, so atompunk is more likely to feature space faring technology. Believe in American supremacy was in full swing, so atompunk can resemble The Jetsons, but coupled with the exposure of the dark underbelly of that worldview.

Clockpunk: science fiction stories that take place after the Renaissance and before the Industrial Revolution. The technology in such stories might be similar to the imaginings of Leonardo da Vinci and other such inventors.

Keys to Writing Steampunk and Other Historical Punk Genres

A. If you are interested in writing steampunk and other historical punk genres, you will naturally want to first familiarize yourself with...

1. The best known examples of the genres.

2. The lifestyles of people in whichever historical time period interests you.

3. The technology or science of the time period, as well as speculative writings in science.

Next, you will need to extrapolate from the ideas and technology of the period to create a vision of the future that would seem plausible to thinkers of that era. Keep in mind that much of today's technology would have been difficult for anyone to imagine centuries ago, as it relies on many discoveries that were previously undiscovered.

Finally, you will need to ask yourself what kinds of problems might arise from both the technology and the social issues you want to explore. What might your characters struggle to cope with?

Other than that, steampunk and other historical punk genres can be used as a backdrop for many types of stories -- adventure, military adventure, romance, mystery, techno-thriller, coming of age stories etc.