Choosing a Setting for Your Novel

Setting is one major element of fiction about which Dramatica has virtually nothing to say. (Though, as you will see in a moment, Dramatica can help you decide where your novel will take place.) 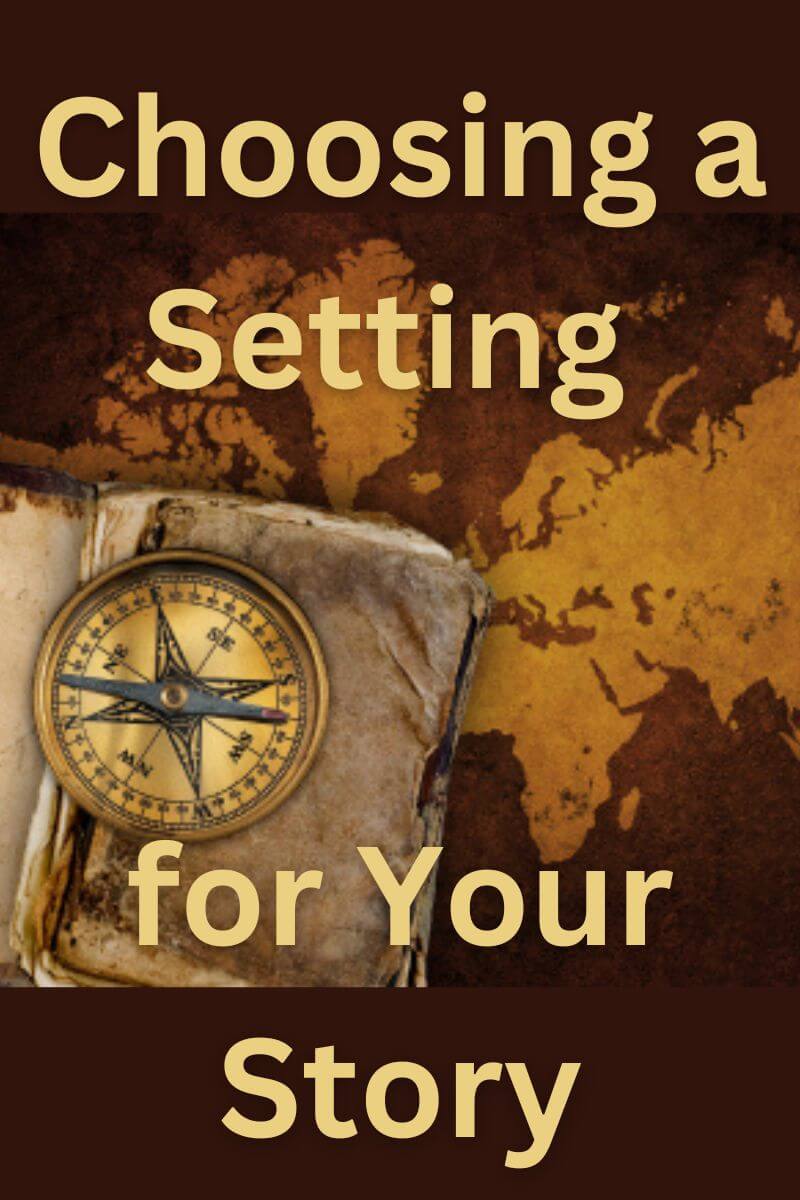 We suspect one reason Dramatica is quiet on this topic is that the people who invented Dramatica were primarily interested in film fiction. And in film, setting is something the writer has much less control over. Sometimes where a film takes place will be changed by a producer who thinks, for example, that a romantic comedy set in New York will attract a broader audience than one set in Toronto. Truthfully, such a change can often be made with minimal impact on the story.

Besides, even if you are writing a screenplay for a science fiction, historical, or fantasy film that takes place in a very definite location, most of the specific details that comprise that location will be chosen not by the writer but by a large team of designers, builders, location scouts, directorial staff, etc. They may also be constrained by budget. Similarly, a character's appearance may be determined more by the actor, costumer, and make-up artist than the writer's vision.

Consequently, Dramatica is primarily concerned with the invisible structure of stories rather than the concrete details which the audience or reader sees. But that's what makes Dramatica helpful. It invites us, at some stage in the novel writing process to turn our eyes away from the specific details of setting, dialogue, actions, and external characterization long enough to grasp the inner structure of relationships and progressions between elements such as plot, character function, and theme.

At the same time, we cannot deny that, in almost any genre of writing including fiction, specifics are important. Without them, a story can seem hollow and abstract, a fable at best. In fact, specifics can be more important than structure. An otherwise mediocre novel can please its audience if it takes place in a richly detailed and captivating world or has a unique and interesting main character.

Specifics give a story authenticity. They make the characters, and plot believable. They can turn a trite thematic premise into the hard-earned wisdom of experience.

On the other hand, without structure, there is no way for any wisdom to be gleaned from a story. The story becomes a series of random events happening to people we don't care about. Maybe that's all right, if you're writing post-modern literary fiction where the meaninglessness and randomness of life is the thematic message. However, in most stories structure is required to put the specific events, characters, and ideas into a framework that makes a story convey other types of message.

Both structure and specifics are important. Which one you focus on first depends on what sort of writer you are.

For instance, many writers are more comfortable beginning specifics than with structure. You may start the novel writing process with nothing but a specific location or time period in mind that intrigues you. It might be a real place that exists in the present or in history, or it might be an imaginary place such as another planet, an alternate reality, or a time period outside of recorded history (the future, the Stone Age, etc).

You can also set your novel somewhere in between, such as a fictitious small town within a real country and time period. Or you can write an urban fantasy, in which imaginary elements are injected into the present day, real world.

Real places and times should be researched, so you can discover specific details about the place and time period to include in your novel. You should be able to describe the places in your novel well enough that the story will seem authentic to someone who lives there now. A novel set in the past must ring true to a reader who has also studied the period.

Imaginary places must be just as detailed, but you have the luxury of being allowed to invent the details rather than researching them. (Of course, you may need to respect the conventions of your genre. For instance, in hard core science fiction, you generally cannot break known rules of physics, but you can in fantasy.)

Ideas for characters and stories may emerge as you research/develop the world they will inhabit.

Alternatively, you may begin with a theme, genre, or structure that interests you and then search for or create a setting that fits your idea.

Whichever path you take, your finished novel should take place within a clearly defined world. And that world should be defined by enough specific details to seem believable, consistent, and intriguing to the reader, to make the characters' actions and choices understandable within it, and to help the plot make sense.

All this aside, there is one way in which Dramatica can help with your choice of setting

When Dramatica Can Help

In a well-structured story, both these throughlines are related. For instance, if the main character is dealing with loneliness, the overall story may be set in a world where real personal connections are scarce. You could use any number of locations from a desert island to an overpopulated totalitarian regime as in 1984 to express this theme.

To take an example from fantasy literature, in the Bartimaeus trilogy, the overall story concerns the downfall of a class of magicians who wield power over both the human world and the world of magical spirits. The thematic message concerns how overly concentrated power sows the seeds of its own destruction. The main character throughline concerns a young magician named Nathaniel who learns to value compassion and service to others over the pursuit of personal power and status. Both throughlines are related in their exploration of power. (Fittingly, the novel takes place in London, in an alternate reality where the British Empire lasts well into the 20th century.)

If you know at some point in your novel writing what themes you wish to explore, consider choosing a setting that will allow you to explore those themes. Do you wish to explore jealousy? Maybe you choose a setting where a major bloody war recently took place, so that there are not enough potential husbands left alive for every young woman to find one. Or perhaps you set your story in a period of economic hardship where families could not afford to educate every child, so some grew up feeling second-rate.

Perhaps you want to explore falsehood as a theme. So your setting for a grusome crime thriller may be an incredibly pleasant suburban community or a monastery. Somewhere that looks to be the least likely place for such events.

Shakespeare, for example, often drew connections between the human world and the natural world. In his day, if an eclipse or comet occurred, it was taken as a sign something was wrong with the natural order (in which such things, it was thought, should not happen). So in Shakespeare's plays, if the human world was out of whack, perhaps by having a bad king on the throne, then Nature would go crazy. Eclipses would occur, lions would be eaten by lambs, etc.

This tradition continues to some extent in the horror genre, where a dark and stormy night or supernatural events imitate the unnatural hatred or violent tendencies of the villain. Or in some romances where rain parallels the tears being shed by the heroine suffering from unrequited love. Or in disaster stories where strange and violent events such as earthquakes symbolize problems with human relationships (and force people to mend them).

In this respect, it is worth keeping in mind what the ideal setting might be like for certain key events in your novel. How different would it feel, for example, if a dead body is discovered in the middle of a battlefield in February or on a golf course on a calm summer's day? How would if feel if the hero proposes marriage to the heroine at their high school reunion or in a boardroom?