Below I will present the Jungian character archetypes themselves, so you can familiarize yourself with them and how they work. Just reading through the list may help you recognize which of your fictional characters resemble the archetypes, or give you ideas for new characters you can create.

What are the Jungian Character Archetypes?

after clicking these images.)

The Jungian character archetypes derive from theories of personality created by the psychologist Carl Jung in his book The Archetypes and the Collective Unconscious (1868) and further developed in the book The Hero and the Outlaw by Margaret Mark and Carol S. Pearson (2001). If we assume that everyone seeks fulfillment in their lives, Jungian character archetypes represent the various means and areas in which human beings typically seek fulfillment. Different people will instinctively pursue certain sources of fulfillment more strongly than to others and what seems important and rewarding to one person will be meaningless to someone else. We can categorize someone's personality type according to which avenue of fulfillment they are most concerned with.

So first, let's look at the archetypal characters themselves. Then we'll look at how you can use them to write more interesting stories.

Jungian archetypal characters are based on the idea that every person feels that a part of themselves is unfulfilled. They will therefore be driven to "plug the hole" in their psyche either through...

1) Striving to be a good person.

2) Making meaningful connection with something outside of themselves.

In addition, there are four areas where a person will seek to find the kind of fulfillment they crave:

2) Social (relationships with others).

3) Self (having an impact on the world). 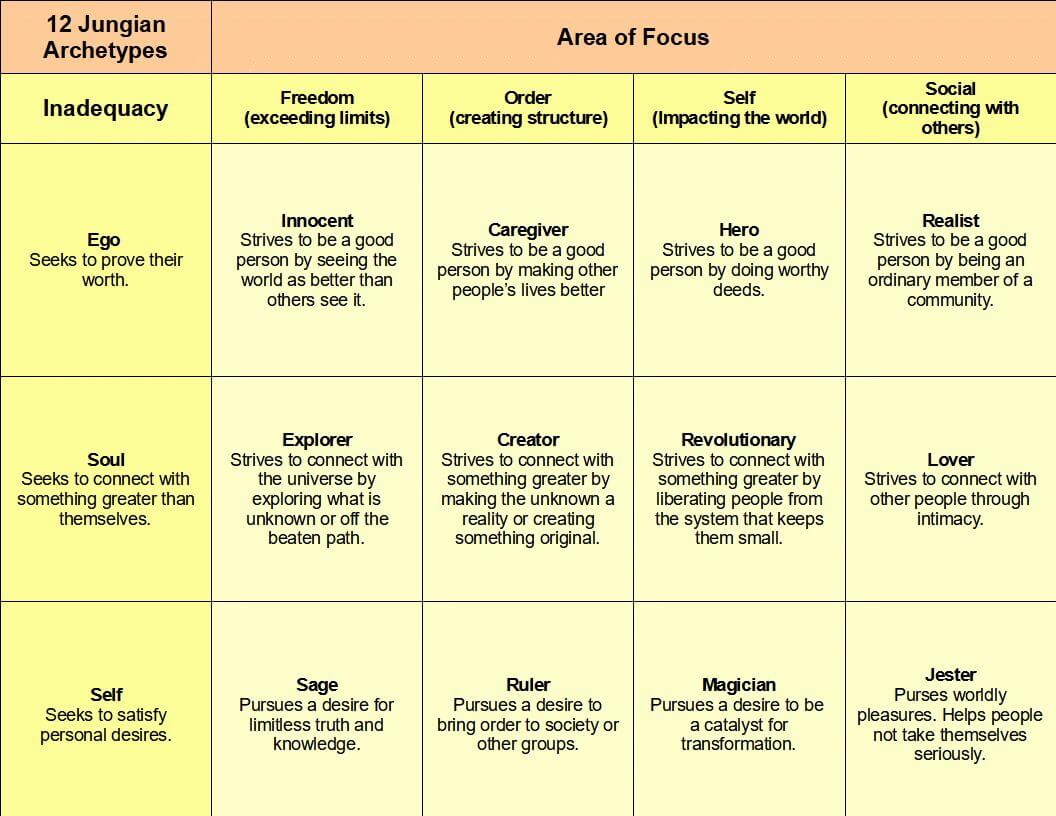 Okay, that doesn't really tell you a lot about the personalities so far. So let's look at the defining traits of each of the Jungian character archetypes in more detail. Note that each archetype also has a "dark version," which you may find useful when creating antagonists...

Characters who strive to be good people... 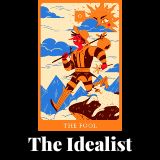 For an Idealist, being a good person means seeing the good in others and the world. Idealists believe happiness, approval, and security will be theirs if they hold true to their values and stay loyal to their allies. This archetype is similar to the tarot card "The Fool," which shows a character optimistically journeying through life, oblivious to the cliff he is about to walk off.

Greatest fear: being punished for misdeeds.

Common Uses in fiction: Often cast as the sidekick (in Dramatica terms), but can also be the protagonist in adventure stories.

Examples: Man of La Mancha, Annie (from the musical), Samwise or Pippin from The Lord of the Rings, Dobby the House Elf or Colin Creevy from Harry Potter. 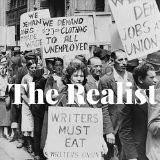 To a Realist, being a good person means being ordinary -- an ordinary member in a community of ordinary people. Realists have no interest in "putting on airs." They don't believe in ambitions, hubris, or personal aggrandizement. They don't trust unrealistic aspirations or promises. They see goodness in being the "salt-of-the-earth." Sometimes they are characters whose egos have been crushed by tragedy (orphans, survivors). If they fight for a cause, it will be a cause that benefits everyone, not just themselves.

Negative tendencies: pessimism, distrustful of outsiders, feeling victimized. Can lose their sense of self in the effort to blend in or get along.

Greatest fears: being excluded, standing out.

Common uses in fiction: Can keep others grounded, stand up for the needs of the weakest members of the group or the group as a whole. 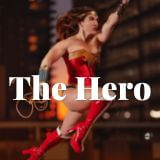 Heroes believe that, to be a good person, they must do good and great deeds, which can include overcoming huge challenges or besting adversaries, especially those who threaten their allies. They have a strong sense of their personal agency.

Negative tendencies: Seeing others as enemies, rather than potential allies. Prone to overwork, stress. When a challenge arises, they tend to assume they are the only one who knows what needs to be done and the only one who can do it. Consequently, they don't take input from others as much as they should.

Greatest fears: being weak or cowardly.

Common uses in fiction: Often the protagonist in adventure, or thriller genres. 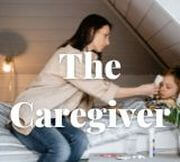 To a Caregiver, being a good person means they must take care of others, make other people's lives better, especially those whose needs are greatest.

Negative tendencies: Prone to ignoring their own needs, enabling others, co-dependency, being exploited.

Usefulness in fiction: Great at looking after others who are at a low point.

Characters who crave connection with something outside themselves... 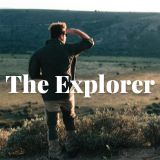 Explorers find meaning in shunning the mundane and turning their eye to what is new, undiscovered, or on the cutting edge-- new places, new ideas, new approaches, etc.

Negative tendencies: Has difficulty staying committed to any one course of action or approach for long. Can be a poor team player due to being fiercely independent.

Greatest fears: getting trapped, having to conform.

Common uses in fiction: Can show people new approaches, new ways of looking at things, warn them of what's over the horizon. Can discover threats before anyone else. 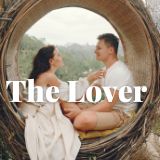 Lovers are characters who seek intimate, romantic relationships, but can also find meaning in building other kinds of close connections with other people, or helping others to do the same

Negative tendencies: Can be cliquish. Avoids conflict. Can get hooked on emotional drama or be too much of a people-pleaser.

Usefulness in fiction: Obviously, many romances feature characters looking to find a fulfilling, loving relationship. The archetype can also be the main character in friendship stories, buddy stories, etc. 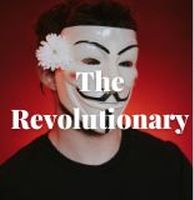 Revolutionaries want to liberate the world from whatever system is in place that limits people to particular roles or positions at the expense perhaps of their true nature, potential, or power.

Negative tendencies: Can be recklessness, destructive, self-destructive, judgmental, oppositional in ways that are not productive. No respect for the rules.

Usefulness in fiction: Like the Realist, Revolutionaries can fill the role of the Skeptic in Dramatica by pointing out the flaws in the current strategy so a better way can be found. 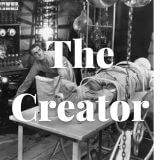 Creators seek connection with the unknown by making the unknown into reality. They love to create new things, methods, or applications.

Negative tendencies: Can take on too many creative projects and never finish any of them. Can be dissatisfied with creations that are not unique or novel enough.

Usefulness in fiction: Often Creators are consulted by characters looking for new solutions or tools, though they can also be the main characters.

Dark version: Mad scientist or sorcerer who unleashes evil forces onto the world.

Characters who pursue their personal desires above all else... 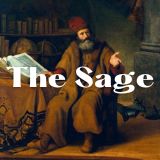 Sages find fulfillment through indulging their personal thirst for knowledge.

Positive qualities: loves a research project or a good puzzle to solve. Thinks thinks through. Intellectual.

Negative tendencies: Can be so obsessed with knowledge that they appear to lack feeling/empathy. Tendency toward dogmatism or being detached from the world most people live in. Endless study can lead to procrastination.

Usefulness in fiction: Sages make good resources for other characters. They can play the protagonist or consultant in mysteries, or the mentor to the hero. 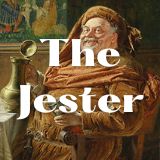 Jesters find fulfillment in the pursuit of fun and worldly pleasures. This can include fun activities they involve others in, such as  games, sex, substance use, and making people laugh. It can also mean poking fun at human foibles and helping people not taking themselves seriously.

Usefulness in fiction: Jesters can often make insightful observations others wouldn't dare (e.g. "speaking truth to power"). They are good at "taking the Mickey." They can help characters unwind and escape from their stresses. Jesters can also take on the role of Contagonist, distracting the hero from important tasks with more fun activities. 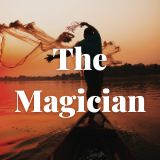 Magicians find fulfillment in using their personal power to create changes in people. They are the catalysts of transformation.

Positive qualities: intuitive, insightful, perceptive. They can reframe problems into opportunities or see possibilities others miss. They can empower others by sending them in new directions or bringing their hidden potential into reality.

Negative tendencies: manipulative, impatient with those who don't see what they see.

Usefulness in fiction: Can help others make decisions, take actions that will send the story in a new direction.

Dark version: The Evil Sorcerer or Wicked Witch who belittles, curses, or diminishes others. 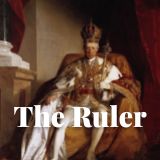 Rulers have a strong desire to impose order on society or other groups. They crave being in control and are inclined to put themselves in charge of any group they are part of. They are natural leaders and believe that it is good for everyone if they are running things.

Negative tendencies: The desire to control people can become excessive or malevolent, in which case Rulers can become authoritarians, obsessed with increasing their power, domineering, or entitled.

Usefulness in fiction: Rulers sit at the top of every hierarchy. Benevolent rulers make good allies for any character. Corrupt rulers often make for good villains.

How to Use Jungian Character Archetypes in Your Writing

Okay, now that you are familiar with the archetypes, you may already see possible applications of them. For for more ideas on how and why to create characters using jungian archetypes, click here.