How to Write a Book Now
Tools to empower aspiring authors.
Menu

What is Genre Fiction?

The trouble with asking, "What is genre fiction?" is that all fiction is really genre fiction, in the sense that very few stories are entirely unique. Even when a unique story comes along, it doesn't stay unique for long. Other authors quickly hop on the band wagon and start writing similar stories.

Just about every story (including the one you may be writing now) may be grouped with others that share similar traits, which is how genres are identified.

Genres are a useful short-cut for readers. Once you find a story you like, looking for others in the same genre is often the easiest way to find your next great read.

Genres also provide a way for publishers to market books. Once a readership for a particular genre is identified, publishers will start producing books in the same genre they can sell to that readership.

Elsewhere, I've pointed out that Literary Fiction is really just another genre that, like any genre, appeals to a particular readership.

But the term "genre fiction" does get used a lot, so let's consider what the term means in common usage...

Q. What is Genre Fiction?
A. Commercial Fiction. 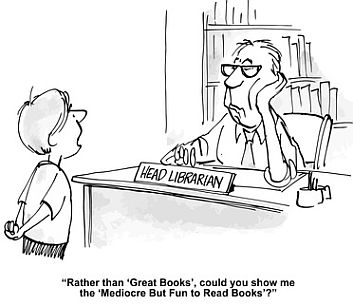 The simplest and most common answer to the question, "What is Genre Fiction?" is that it is popular fiction. And because it is popular, it makes money. It is commercially viable for publishers and authors.

Of course, this is not strictly true. Some genres are not terribly popular or profitable. For example, narrative poetry, with some exceptions, is not a big money-maker.

But there are genres that do have a large, established readership that makes them profitable. Romance, for example, has more dedicated readers than any other genre -- so many that that roughly half of all novels published are Romances.

Other genres have enough broad appeal to be profitable, even though their popularity does ebb and flow. I'm thinking here about Mystery, Thriller, Fantasy, Science Fiction, Erotica, and Western, all of which have gone through periods of greater and lesser popularity.

The other trait most popular genres share is that they have all been looked down upon by Literary Fiction readers at one time or another. But something similar happens in all art forms. Taste is individual, and with rare exceptions, those who consider themselves connoisseurs tend to have little regard for what is popular.

Q. What is Genre Fiction?
A. Plot-driven or formulaic fiction.

This definition depends a lot on which genres you are looking at. Plot certainly matters in Adventure, Thriller, and similar genres whose readers appreciate the strong narrative drive that makes a book a "page turner."

But it is a mistake to say that character-driven or idea driven fiction is not genre fiction. Those kinds of stories simply fall into their own genres, such as such as Women's Fiction,  Slipstream, Magical Realism, or Gentle Reads.

As for the other common claim that genre fiction is formulaic (whereas, presumably literary fiction is not), I would argue that, regardless of genre, there are certain approaches to story telling that will engage a reader intellectually or emotionally. Ignore them all, and you get a story that interests no one.The fact that some readers prefer stories with certain traits more than others is beside the point.

The challenge for a writer is to use the approaches that work for one's readership, but to use them in a way that strikes readers as fresh and not obvious. Like the framing of a house, good structure is invisible.

Q. What is Genre Fiction?
A. Speculative Fiction
(and also Crime, Romance, etc.)

Or, as Ursula K. Le Guin once put it, Speculative Fiction asks, "What if...?"

Under the umbrella of Speculative Fiction falls such genres as Fantasy, Science Fiction, and Horror, along with their many subgenres such as Magical Realism, Alternative History, Portal Fiction, and Paranormal.

We know monsters and magic are not real. The laws of physics are fixed. There are no portals that can take us into other realities (at least not with current technology). The future remains to be determined. But Speculative Fiction invites us to imagine what could happen if things could be different.

While Speculative Fiction describes a major branch of genre fiction, but it is certainly not the whole tree. I mentioned Romance Fiction above. Crime Fiction is another major branch, into which falls such genres as Mystery, Thriller, and Suspense. Some writers expand that list to include Western (for a total of seven by their reckoning, eight by mine).

But then where does one put Historical Fiction? Or Psychological Suspense? Or Women's Fiction?

Q. What is Genre Fiction?
A. Stories that can be categorized. 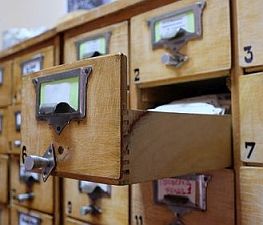 The most inclusive way to describe a genre is to say it is any group of stories that share enough similarities to appeal to the same group of readers. And genre fiction refers to stories that can be marketed to an established readership.

If you can't identify a target market for your story, it's probably not genre fiction. But don't worry. With so many genres and subgenres, the odds of that happening are slim.

What do you think about this page? Leave me a comment in the box below.
[?]Subscribe To This Site