The Key to Descriptive Writing: Specificity

Descriptive writing, or the art of painting a picture in your reader's mind, is one of the most powerful techniques to master, whether you are writing fiction or nonfiction. The key to making it work – and to making your prose more powerful – is specificity.

Let's take an example. Here's a sentence, one that has started many a mediocre joke:

“A guy walks into a bar and orders a drink.”

Now, this may paint a picture in a reader's mind, but it's pretty generic. It could be any guy, in any city. A sentence this vague tells you right away this is going to be a make-believe story, not something that really happened. It would be a weak start to a nonfiction account or a novel. 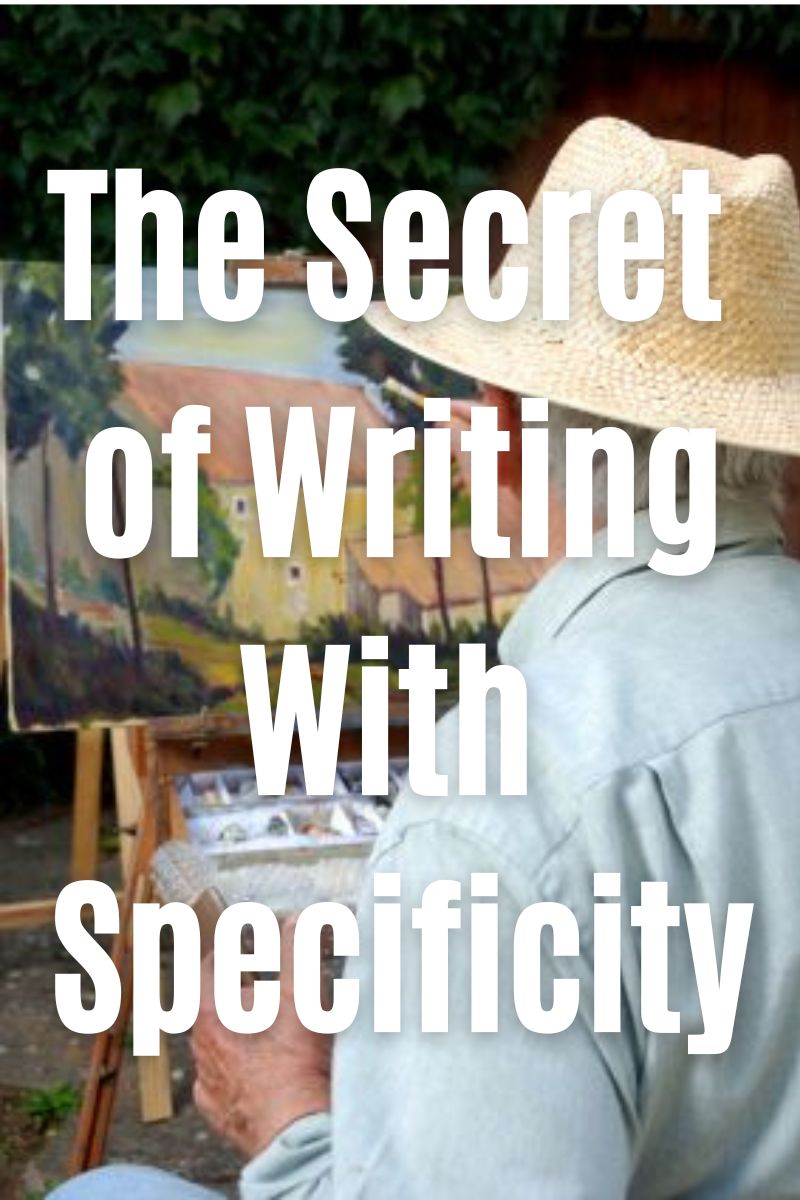 Usually when people read nonfiction story, they want to know they are getting as close as possible to a firsthand account of events that really occurred. They want to feel as though they are hearing the story from someone who was there, and a genuine eyewitness can give specific details of what happened.

Although people know fiction is, well, fictional, good fiction should nonetheless have the have the ring of authenticity to it. Again, the way you convey that authenticity is by descriptive writing that includes specific details someone who was actually present would know.

So what could we do with our vague first sentence? One approach might be to continue our descriptive writing, adding more information as we go:

“A guy walks into a bar and orders a drink. He was old and tired, and he wanted to escape his loneliness for one night by getting very drunk.”

Now this is slightly better, but not much. It tells us a little bit about the character and his intent, but as descriptive writing goes it is still pretty generic. Also, it breaks the an important principle of good writing: show, don't tell. This second sentence tells us what the character wants, whereas it's usually better to show the reader a specific detail and let the reader infer the character's desire.

So let's try a different tactic. Let's go back to the first sentence and replace some of the more generic words with more specific ones:

“A grizzled prospector stumbled into the dark saloon and demanded a bottle of whiskey.”

Now this is better. It is no longer a generic bar in a generic setting. We can infer it is a bar in the old West. The character is not just any “guy,” but a type of character typically found in Westerns. The verbs “stumbled” and “demanded” convey more about his personality and the condition of his body, as does the adjective “grizzled.” The type of drink he orders and the quantity reveals something about his state of mind and his tastes. What's more, it does so by showing, rather than telling.

In fact, we may not need the second sentence now, because we can infer the prospector's reason for ordering the whiskey. People usually don't “stumble” into a place if they are expecting to meet someone. And only someone who is lonely and/or miserable would order an entire bottle of whiskey for himself.

If this was a writing exercise we were doing, we might continue the process of adding specific details to see what type of story emerged. (In fact, feel free to do this descriptive writing exercise with any simple sentence you come across.) Here's what I might get by specifying a few more details:

“The sun had fallen low in the sky when Dan Perkins, grizzled and grey haired, stumbled into the smoky parlour of the Fortune Trail Saloon. His face was tanned, his clothes were worn and soiled, and he smelled like the back end of a pack-mule. Leaning against the blackened oak counter to steady himself, Dan wiped a spill of fresh blood from his eyebrow, slammed a fist-sized bag of gold dust onto the counter and demanded a bottle of The Last Rites – a foul, chestnut-coloured mixture of Irish whiskey, Indian medicinal herbs, and homemade moonshine, popular among the dying and those who no longer cared to live.”

I'm starting to get a bit fanciful now (the beverage is purely imaginative), but I'm sure you see my point. Specificity can change a bland, generic piece of descriptive writing into something far more interesting to read. It draws the reader into the world of the story and makes that world and its inhabitants far more tangible and believable.

In your descriptive writing, try provide the reader with specific answers to basic questions like “Who? What? When? Where? Why? And How?”. You should also incorporate as many of the senses as possible. If you are writing from the point of view of a character, what specifically would that character see, hear, smell, taste and feel? If your narrator is omniscient, include details that convey to the reader what it would have been like to be present in the story.

Each specific detail tells the reader much more about the characters and the world they inhabit than a general term can. Does your protagonist carry a handgun or a Philadelphia Derringer? Does he like cheese or Camembert? Does he live in a house or a brownstone? Does he sport a watch or a Rolex?

Using specific nouns and verbs is also a very efficient way of conveying your story. Sometimes replacing a single word with one that's more specific can tell the reader as much about a character than an entire paragraph of lame prose.

As you might guess, there's probably no limit to the number of specific details you could build into a passage of descriptive writing. So you must be selective. Too many details can slow the action, and if they aren't of vital importance to the story, they can become boring. On the other hand, a few telling details inserted in the middle of the action can paint a rich picture for the reader without slowing things down.

The next time one of your chapters seems a little bland, try replacing some general words with specific details. You may be amazed how much power they contain.